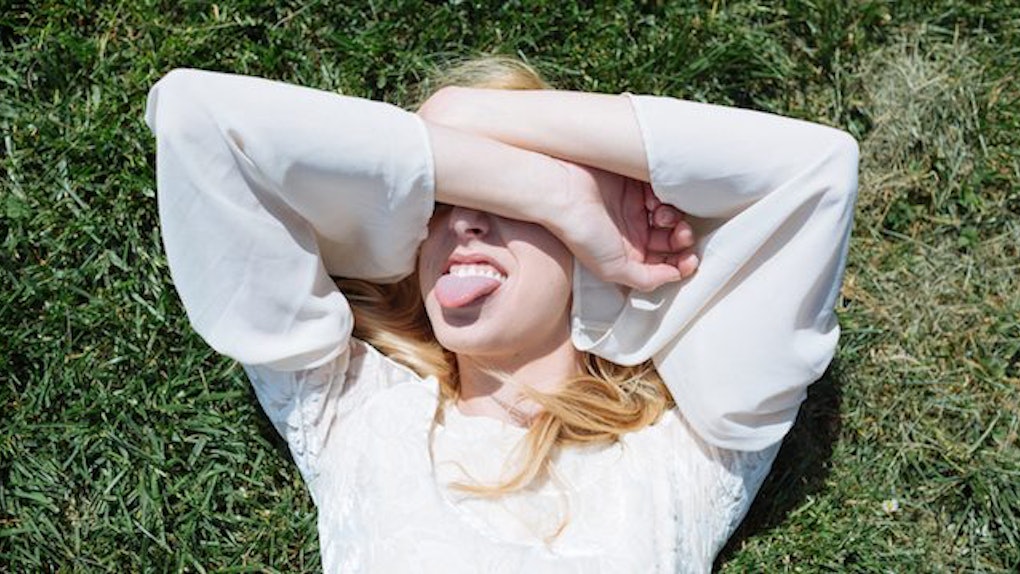 Why Playing Hard To Get Is Stupid

I, like everyone, used to think that what made someone attractive was that they appeared desirable to everyone else.

This meant playing hard to get, leading people on or pretending to have lots of "options" — when really, I was lonely AF and just wanted someone to love me.

Then, one magical day, I met a guy who worked at a marina in Charleston (very "The Notebook" of him), who flat out said to me, "Do you want to go to dinner sometime?"

Wow. Honesty. It smashed me in the face like an unwanted dick pic on Tinder, except that it felt great and not at all violating or sneaky.

I knew where I stood with this person. He thought I was cool and would like to spend a meal getting to know me.

From that day on, I stopped playing games with myself and the people I dated.

Here is why playing hard to get makes you stupid and not more desirable.

You're putting off finding happiness.

Here's what you DON'T get by playing hard to get: a happy, complete, well-rounded, supportive relationship.

In general, playing any kind of game makes it more difficult to get to know someone genuinely and just adds more time and space between growing close.

If it's more important to you to keep up a facade, then by all means, don't let someone know you are vibing them. But if you're into happily every afters, drop the act and get a move on already!

Playing any kind of game makes it more difficult to get to know someone genuinely.

It's confusing, time-consuming and, especially with the endless social media and dating app void full of dick pics, ghosting and people who look nothing like their profile picture, it's ALL of our duties to make the terrible parts a little less terrible.

This means, DON'T PLAY GAMES with someone when you meet them.

Imagine, a world where we all just knew where we stood with one another at all times!

Be the first domino to fall and if you are into someone, let them know. If you aren't, don't string them along. Protect your happiness and sanity just as much as everyone else's!

Imagine, a world where we all just knew where we stood with one another at all times!

It's like that famous line the movie "Mean Girls" when Tina Fey says, "You all have got to stop calling each other sluts and whores. It just makes it OK for guys to call you sluts and whores!"

Except it's more like, "You all have got to stop playing mind games with each other. It just makes it OK for everyone to play mind games!"

The good ones aren't going to wait around for you to finally pull the mask off of your face and say, "JK! I've been into you the whole time!" And if they DO wait around for that, they'll probably be pissed when you pull the big reveal.

If you're into stringing someone along, don't be surprised if you find out it was all fun and games for them, too.

You're kind of a jerk.

And, oh yeah, playing hard to get is mean.

It toys with other people's emotions, makes them feel insecure, confused or frustrated and never ends with a romantic kiss on a mountain top.

It toys with other people's emotions and makes them feel insecure, confused or frustrated.

If it's about power for you, try getting over yourself.

If you're in the right relationship, your significant other will always desire you anyway, without you having to go the extra effort to make yourself seem mysterious or desirable elsewhere.

Trust your gut and be open with the people in your life. You can never, ever go wrong being honest with yourself and others.

Annoying, but so, so true.