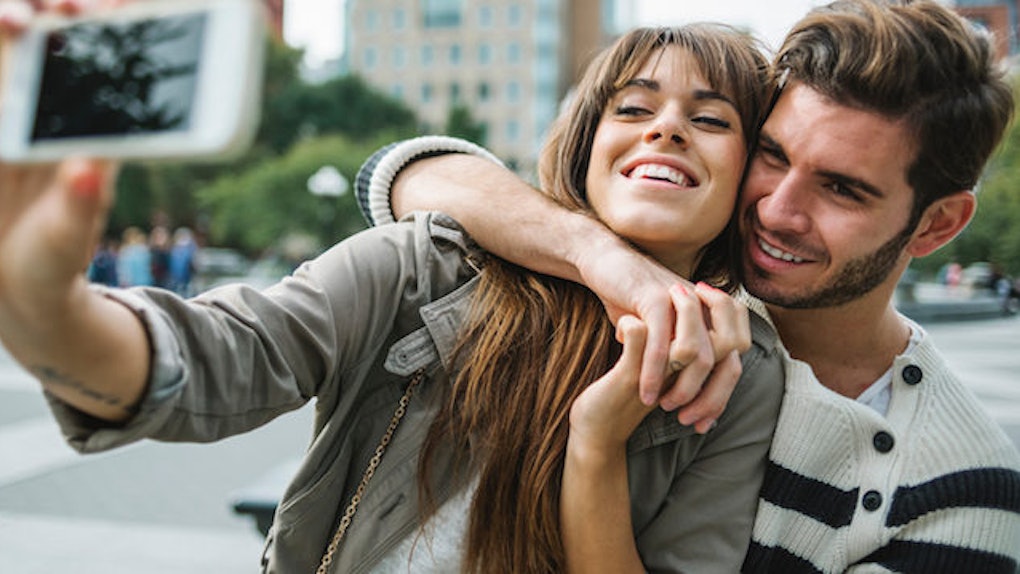 Types of Guys You Find On Tinder

Most of us are guilty of indulging in a dating app or two. Gotta raise that self-esteem somehow, right?

Well, if you're the one person on the face of the planet who hasn't swiped right, you're probably living under a rock.

If you're one of the many average Millennials getting through life one Tinder match at a time, you've probably noticed there are so many men with very similar and unique – for lack of a better word – profiles.

Here are some of the most interesting ones I've encountered:

These are the men I like to call “faceless chaps.”

Why, you may ask? Because they fail to include their faces in their profile photos.

These are the guys who are so insecure, they only post photos of themselves shirtless. Sometimes, they only show you their erections underneath their JC Penny boxer briefs.

And after the “faceless chaps,” there are, of course, the “nameless chaps.”

Well, TECHNICALLY, they're not nameless. But it can be difficult to actually determine what their names are sometimes.

For example, men, if I can't pronounce your name, I'm going to swipe left.

It doesn't matter how hot you are: If I can't pronounce it, you're a no-go.

I've also encountered quite a few men who have names that consist of two random letters.

For instance, I've seen names like AT, CH and EJ.

You'd be surprised, but yes, I've encountered more than one CH on a dating app. Like, what does that even stand for?

Then, there are the men with stupid names... most likely not their real names. I'm talking about the Spikes, Caches, Zees, etc. Believe it or not, there's a bunch of those too.

The “models” are the guys who only post their head shots.

Sometimes, these men only have one photo. But if they have more than one, you can tell they were all professionally taken. Honestly, they might even be stock photos.

Usually, these profiles are fakes. Beware the faux model.

Not every dating app user lists his or her occupation. Some even go to the lengths of writing fake job titles like “President of Awesomeness.”

At least with these men, you know they're just saying they're unemployed without really using the words.

But then, you've got the “entrepreneurs.”

Now, I had an Etsy store once. But you don't see me calling myself an “entrepreneur.”

Saying you're just an entrepreneur sounds extremely shady. Like, what do you actually do?

Are you a drug dealer? Are you unemployed? Are you starting a scented candle business?

Now, this is probably one of the most bizarre dating app trends I've ever seen.

So many guys on dating apps have profile photos of themselves holding fishes. I can tell you these loud and proud fishermen are not my type.

Question for these men with the fish photos: Why is your profile a picture of you holding a giant fish? Also, why are there so many of you?

PSA: Your fish size does NOT determine your dick size.

My other concerns: Why do you have more than one photo of yourself holding a fish? It doesn't make you more attractive.

I don't know who told you holding a fish was sexy, but that person was clearly just messing with you. Do you even want to get laid?

Honestly, this one kind of makes me laugh a little. I've seen way too many men list “SAG-AFTRA” as their employer.

Like no, it's not: You're just a struggling actor.

We can honestly even make this a drinking game.

If you take a shot for every SAG-AFTRA “employee” or “entrepreneur” you see on Bumble, I guarantee you will not remember a thing when you wake up in the morning.

Have fun, and play safe.