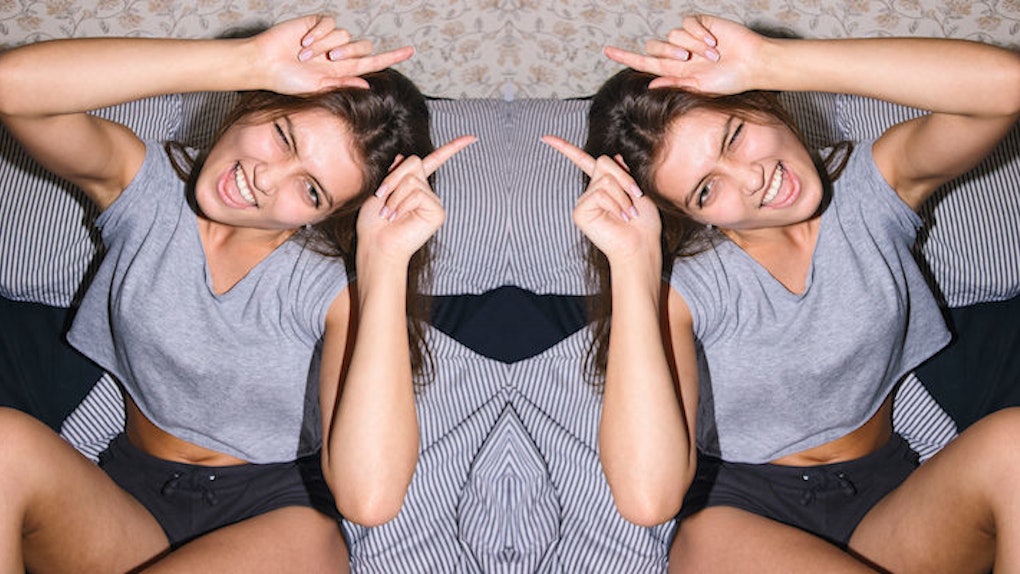 I Hate Giving Head To People I Don't Like

I wish there was like, a handbook, for official bedroom etiquette.

But alas, in lieu of stringent, documented guidelines, we’re all forced to just kind of figure it out.

You guys know I'm single AF because I've yet to meet the guy who makes my heart sing. I have, however, been fortunate enough to find someone who makes my vagina... swell? I don't know, does that sound gross?

He’s this insanely hot Irish construction worker with a ton of swagger. Despite his farmboy charm, he just doesn't do it for me intellectually. The man's got a brain the size of one singular lentil. I don't "like-like" him, and there's no chance in hell I ever will.

But he is good with his hands, and it turns out having that skill certainly comes with perks. He and I have this great, super sweaty, bend-each-other-in-half construction worker-esque sex.

Want to know the best part of it all? He goes down on me, but I don’t go down on him. Never have, never will (have I sparked envy in you yet?). And we’ve kept this thing up (no pun intended) for almost a year now.

I don't give head to people I don't like. I just don't. Whichever way you look at it, going down on someone is kind of an intimate thing to do. You’re just down there, teetering back and forth between licking his junk and looking him in the eye.

The thing is, I don’t want to stare into the soul of some dude I’m not particularly fond of. I want to have rough, crazy, detached sex and then bounce until next time. I want to get in and get out.

Don't expect an act of service from my mouth to your penis unless you hold a special place in my heart.

And it’s not that I can’t be physically intimate with someone with whom I’m not emotionally intimate. Casual sex is practically a walk in the park for me. It’s that I feel morally opposed to blowing a stranger. What did you do for me that warrants my mouth on the grossest part of your body?

Am I crazy for not wanting to get a possible STD from blowing someone who doesn't know how to spell my last name or who has the personality of the laundry tag on the inside of my shoe?

To sum it up: Sorry, construction worker f*ck buddy (and props for sticking it out with me). Sorry, every other guy I've ever slept with whom I also happened to hate. And sorry to the guys I will sleep with in the future whom I will someday hate.