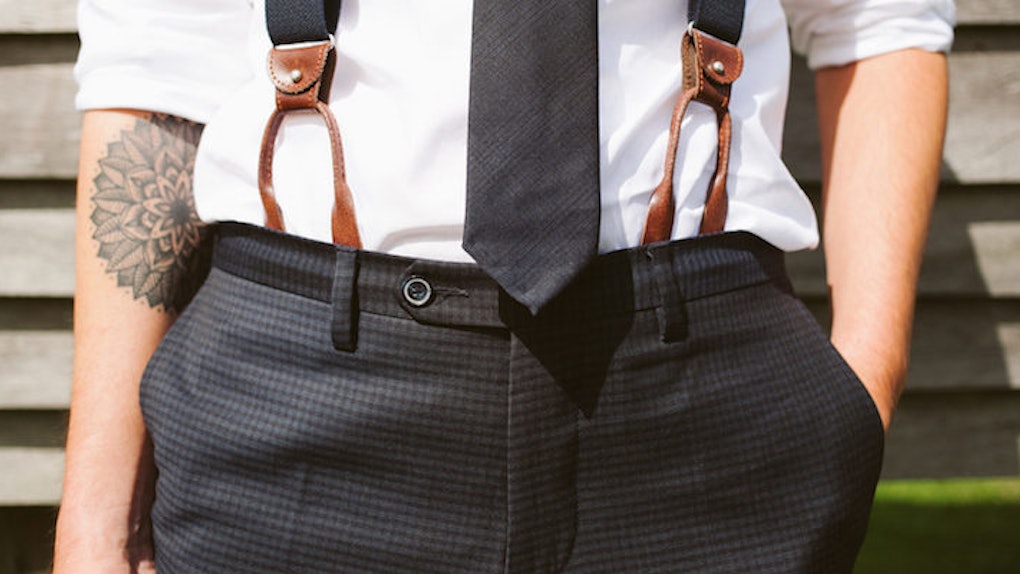 How To Make The Most Of Your Average Penis

So for the rest of us, it may take a little more “innovation” to live up to these men. This is why I've compiled some tips and tricks that'll help boost your bedroom performance and make your average penis feel (and appear) a little more spectacular.

Did you know that excessive wetness can actually rob a woman of sexual sensation? It's true, especially with a guy who may not have the biggest penis in the world.

Since foreplay is always important (for her pleasure, but also because foreplay helps ready her for orgasm, which tightens her Kegel muscles, making you feel bigger), I encourage you grab a towel, a sheet or even your hand to wipe excess lubricant from your partner prior to penetration so that she can better feel friction during intercourse.

This small but simple gesture will make a world of difference if your partner lubricates easily.

2. Place a pillow under her hips.

By grabbing a pillow (which -- assuming you're having sex on a bed -- is already in arm's reach) and placing it under her hips, you elevate her body to allow for deeper penetration. This means your average-sized member will penetrate her as deeply as possible.

You know how they say “work smarter, not harder”? Well, that applies to sex as well. Try these positions that will make the most of your size.

Coital Alignment Technique (CAT): In missionary position with her on her back and you between her legs, maneuver yourself so that your pelvis is slightly higher up her body than it is during missionary.

During intercourse, the key here is to grind instead of thrust. Changing the alignment of her pelvis allows your pubic bone to rub up against her clitoris, delivering the kind of direct stimulation that most women need to reach orgasm.

Tight Doggy: With her on her hands and knees, enter her from behind (you should be kneeling). In traditional doggy style, the guy's legs are usually in between the woman's, but we're switching things up to make you feel huge. The best variation is to ask your partner to hold her legs together and you spread your legs further apart. They should be outside of hers. This creates a tighter fit.

Legs up: Enter her in standard missionary style, then lift her legs up to rest on your shoulders. From there, lean over and rest your weight on your hands, bending her legs backward towards her head. In this position, your bodies are lined up nicely for deep penetration. The added pressure of your weight makes her feel more -- sorry for the lack of a better word -- “full.”

A study from Indiana University did some been-there-done-that research on the average man's penile length and girth but unexpectedly found something far more insightful: men report larger erections after receiving oral sex. This is absolutely wonderful news for men everywhere, as most men I know enjoy having their penises tended to. Some of those surveyed cited as much as an entire inch of growth! Score!

She doesn't owe you oral sex by any means (especially if you don't reciprocate), which is why I suggest you ask. Politely. Ultimately, it'll benefit her as well.

Fat -- especially abdominal fat -- not only makes your penis look smaller, but it could even affect how deeply you are able to penetrate your partner. So no, losing weight won't make your penis any larger that it already is, but it could certainly help your sex life if you happen to be more heavyset and your belly encroaches onto your wiener.

To shed abdominal fat, steer clear of meat and cheese primarily -- which, of course, are two of the best food groups ever. Basically, you'd have to go vegan, which is very hard to do. Trust me, I know because I'm dating one.

While I'm not personally a huge fan of them, cock rings do indeed make your penis harder, girth-ier and more sensitive by keeping excess blood in the shaft. The size difference isn't huge, but I definitely recommend a c-ring over a pump, since you can usually overuse a penis pump and subsequently cause a lot of pain and tissue damage.

If you do try a cock ring (most of which are pretty cheap), opt for one with vibration capabilities. These will tickle her clitoris as you penetrate.

Not only is trimming your pubic hair a considerate thing to do, it will make you look bigger. According to a survey from AskMen and Cosmo, 95 percent of the 1,000 men they surveyed manscape. By this, I mean trim. Don't shave completely. Especially if you're on the smaller side of average. A small, completely shaved penis will remind her of a baby or toddler.

Trimming, however, is like adding a clean frame to a beautiful portrait, it just makes the entire thing look better (and, more importantly, bigger).

I'm a big proponent of sex toys, as they're a great way to switch things up and spice up an otherwise bland sex life. In terms of making you feel bigger, I suggest you get your hands on a LELO TIANI 3. The thing works as a tag team partner with your penis while inside the vagina.

Placed inside and outside of the vagina (the toy hugs her clitoris, essentially), the toy shares vaginal real estate with your penis while vibrating her G-Spot and clitoris simultaneously. But that's not all. Since your penis is in such close proximity to the toy, you feel it's intense vibrations as well. It's a win-win!

Nobody's pretending that "size doesn't matter." But ultimately, there's plenty you can do to up your game and make the most of an average penis. I guarantee your partner will appreciate the effort.