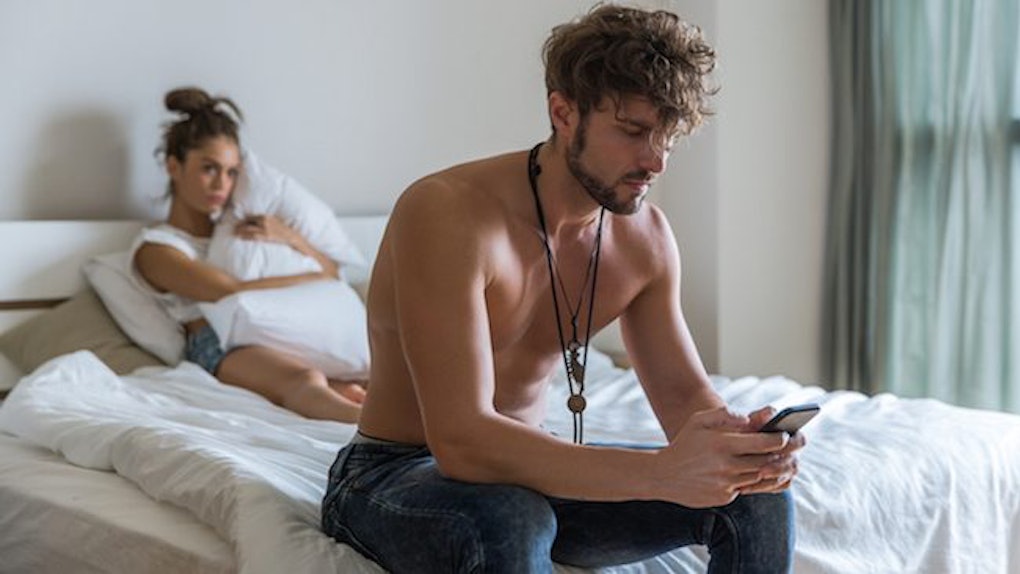 How Much Fighting Is Normal In Relationships? 3 Signs Your Fights Are Expected

One of my ex-boyfriends and I would fight incessantly, and I actually thought that meant we were more in love than anyone else. I equated love with passion. So the more we fought, the more strongly we felt about one another in my head. Insane, right?

Then, I had a relationship with a man where we didn't fight at all. It turned out, that wasn't authentic. Neither of us was being honest about our emotions, resentments, or needs.

So how much fighting is normal in relationships? To find out, I asked Erika Ettin, Dating Coach, about some signs the fights you and your partner have are totally normal.

"Fighting is completely normal and healthy in any relationship," she says. "Sometimes, the unhealthiest relationships are the ones where everything seems A-OK, but issues are bubbling under the surface without being discussed."

However, not all fighting is OK in a relationship. According to Ettin, fighting productively is what matters. So what are some signs that the fighting in your relationship is done in a healthy way?

1. You Talk Things Out Immediately

Ettin says that a sign of healthy fighting in a relationship is that "you are able to resolve the issue, big or small, in one sitting." That means you don't drag on fights, and there's no passive aggression, no silent treatments, and no going to bed angry.

But how do you achieve good conflict resolution so quickly and effectively? Ettin explains, "Listen to the other person, explain how their behavior makes you feel, try not to yell, understand and try to see the other point of view. And don't shut down or walk away."

This should absolutely be a poster that people have hanging in their house or something, or at least on an embroidered pillow you can buy on Etsy.

Good conflict resolution means actually resolving the conflict, so it doesn't come up again and again in your relationship.

If your partner forgot to do the dishes three weeks ago, and you decide to bring it up in a current fight, then you may not have a healthy way of dealing with conflict in your relationship. Ettin explains that when you're fighting normally and productively, "you don't hold a grudge or use the fight against the other person at a later date."

That means each fight truly has to be squashed and settled before you move on, or else the resentment might boil to the top and explode like a volcano at a later date. For example, one day, your partner might be driving a little too slowly for your liking, and then all of a sudden, you're yelling at them for being on their phone too much during dinner with your parents.

Healthy fighting means not taking an inventory of all the things your partner has done "wrong" in your relationship. Ettin explains that when you fight fair, "you fight about the one issue at stake, not dragging previous issues into it."

Fighting is a natural part of every relationship, but the important thing is that you have good and respectful conflict resolution. That means honest and authentic communication, and solving problems as they come into your relationship immediately and individually. Don't take score of the things your partner does poorly in your relationship, and don't hold grudges against them.

Remember, you have a common goal: a happy partnership. Fighting fairly and productively will allow you to put that first.