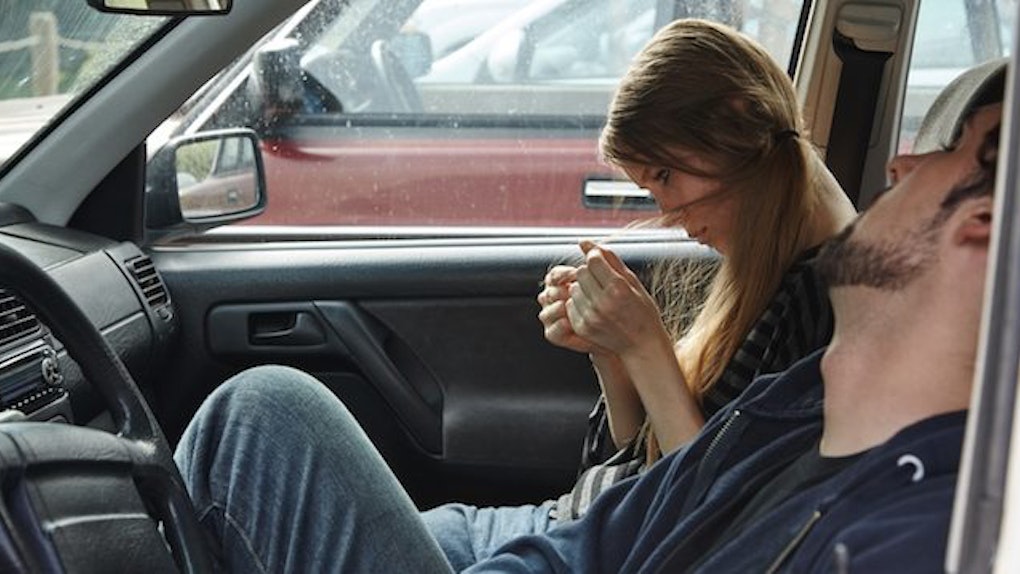 How To Survive The First Fight In Your New Relationship

If I could relive the first six months with my current long-term boyfriend for the rest of my life, I would. It was 100 percent butterflies, late nights, giggling and feeling young, stupid and crazy, and zero percent stress, anxiety or tension.

We've been together almost four years, and while I still love the damn pieces out of him, nothing will beat the honeymoon phase when we were untouchable.

I lived every day in fear of our first fight. I didn't want anything to pop our little bubble or be the first crack in something that I thought was fragile.

But here's the thing: We fight now, like, kind of a lot.

Before we had our first disagreement, I could never imagine what we would argue over. I worried it would be something too big or a deal-breaker, and we'd find out we actually weren't meant for one another at all.

Now, I can honestly say I don't even remember what our first argument was about, but I can confidently say the anxiety I had before it happened was all encompassing. What a waste of energy on a moot point, you know what I mean?

That being said, it's helpful to go into your first disagreement with a game plan. Here is how you can survive your first fight in a happy relationship without calling the whole thing off.

Trust me, just because you are fighting doesn't mean the love you have suddenly vanishes. I think this must be an "Only time can tell" or a "Live and learn" thing, but you have to go through the fight to learn your relationship can handle it.

Avoid jumping to the worst case scenario and saying things you'll regret or don't mean, like, "We should break up," "Let's call this whole thing off," or worse, nasty words like "I hate you." No, you don't hate your partner, so don't be silly.

The best part of a true, loving relationship is that your emotions for each other aren't contingent on always agreeing with one another, but are rather based on deeper, more complicated factors.

You know those friends who won't tell you when they're mad at you, and then years later, when you're arguing over something stupid, they bring up a disagreement you had YEARS ago, and you find out you're being punished for something you didn't even know you did?

Don't be that person.

Holding onto your first argument and using it as ammo for anything in the future (be it a reason to break up, to win a new argument or to guilt your partner into something you want) is nasty, calculated and indicative of bigger issues between you two.

Let. It. Go. It's not going to be the last time you disagree, and dwelling on it OR reading into it is only going to foster more negativity.

Give one another space.

One of the big lessons you'll learn in your new relationship is how you and your partner fight. This can take a long ass time to figure out, but once you do, it will help you solve arguments more efficiently in the future.

For example, some people are quick to jump to low blows, even if they don't mean it, while others are more calculating or manipulative in their angry words and you might need to do some emotional digging to get to what's really bothering them.

By giving one another space, you both have the opportunity to process what's happened and figure out your next moves accordingly.

Also, I can't recommend honesty enough! Try saying, "In thinking about it, I'm upset because XYZ... I want you to XYZ... because it would help me in XYZ ways."

Just make sure you give one another time before deciding what this fight "means for your relationship."

Remember you are happy together.

Don't forget that you and partner are happy every other moment you've been together. One negative blip doesn't erase weeks of joy, and it DEFINITELY doesn't mean weeks of doom ahead.

Try to not let your anger get the better of you or let their anger make you paranoid. You guys love each other and like I said, you two aren't fragile — you're solid!

Roll with the punches and trust that on the other side of this disagreement is make-up pizza,* which is delicious. It's the best kind of pizza.