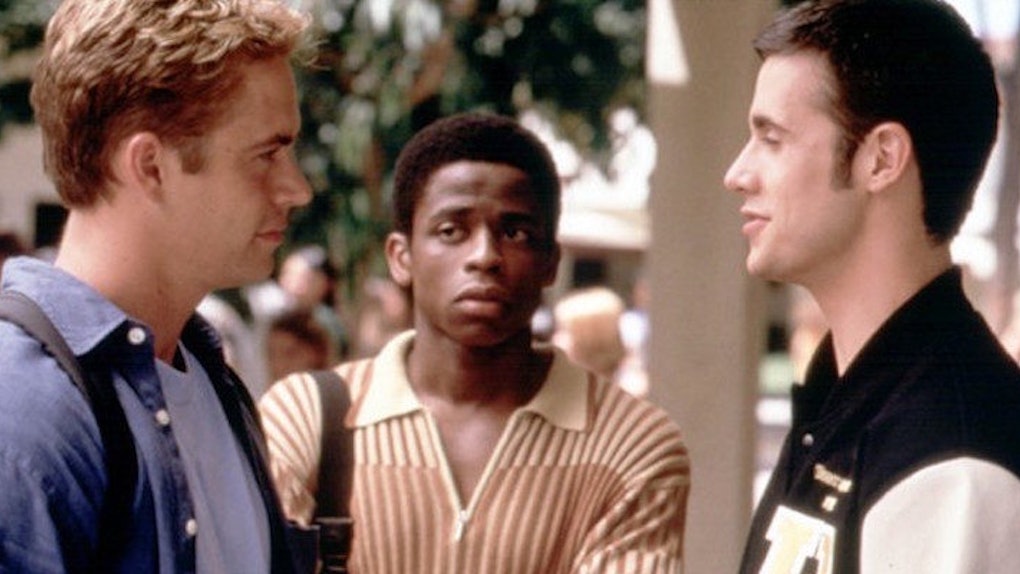 Red Flags Women Should Look Out For In Men

We all want to find love, but dating has to be the most frustrating experience. You never truly know whether or not you're dealing with a good guy or a fuckboy until the answer punches you in the face (or sweetly caresses it, but most of the time, it's the first option).

Your friends can try and give you advice, but they don't always know your situation or who you're dealing with.

So, how are you supposed to know when a guy isn't worth your time? How can you tell a guy is going to turn out to be a fuckboy before you're in too deep?

It's easy: head to the source.

The generous guys of Reddit are giving an inside scoop on the red flags that girls should be looking out for in the men they're dating.

So listen up, ladies. These warnings could save you from a potential fuckboy in disguise:

1. He doesn't let you be a part of his personal life.

This is guy talk for "trust no dick."

2. If his friends are terrible, so is he.

I agree, you definitely are who you hang out with. And if the guy you're seeing hangs out with pieces of poop, he's probably a piece of poop too.

That's why I like to date guys with no friends. (Kidding. Sort of.)

And yeah, guys who are rude to customer service workers? Straight up trash.

He already has a mom, and you're not her.

This particular flag is as red as the "Make America Great Again" hats.

6. He doesn't cover his stump before he humps.

This goes for both guys and girls: If your partner doesn't want to use a condom and you're just in the beginning phases of the relationship, THEY'RE CRAZY.

Nobody should ever feel afraid of their partner in a relationship.

8. He doesn't have a good relationship with other women in his life.

9. He brags about his size.

Talk about a Napoleon complex.

Look, I'm an independent woman, but I appreciate when a guy wants to pay because I'm in school and he has a full-time job.

Aka, I'm broke AF and they're not.

But, it's a complete turnoff when a guy pays just because he's the man and I'm the woman. That means nothing to me, and I'll get the hell outta there the second it happens.

So, the next time you think you found ~the one~, think about these red flags and make sure he's not just the one who's going break your heart.