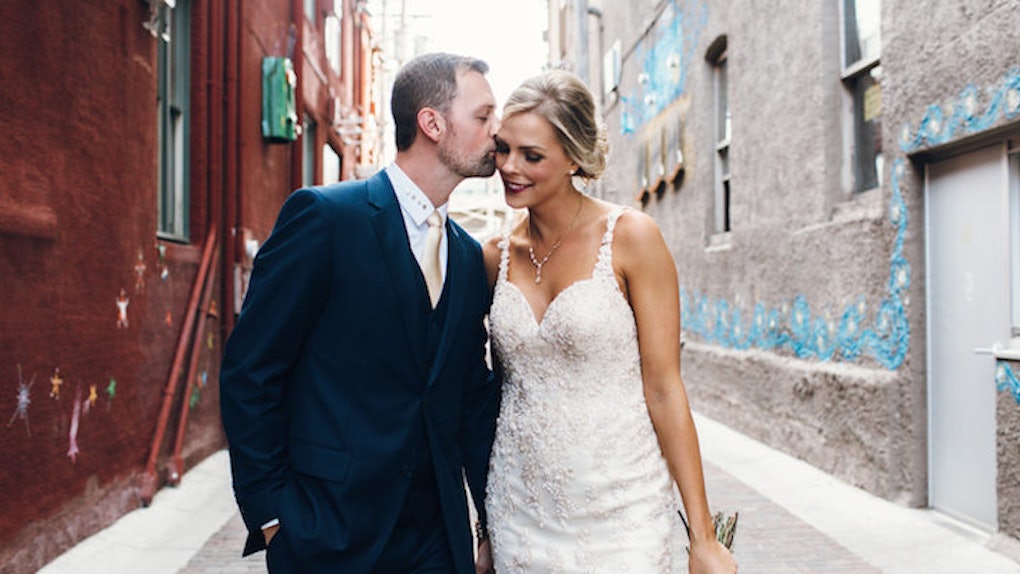 Grooms Reveal How They Know Their Marriage Is Doomed

Love isn't foolproof, and it's certainly not forever-proof either.

Just because you think you've found your special person now, doesn't mean you'll still be eager to snuggle up beside them in the future.

Similar to how you know when you've fallen madly in love with someone (see: the urge to text them back immediately or changing your Facebook profile pic to one of you two kissing), you also know the minute you fall out of love with someone... or even the moment you realize your marriage isn't going to last.

Just take note of these eight grooms who admit they know their marriage won't be happily ever after:

I've only been married two years, and I'm already getting an itch to be single again. I miss dating, I miss hooking up with new people every night and I miss just having my freedom. Now, everything is 50/50, and we're talking about having kids. And I'm just sitting there thinking, 'How the hell do I get out of this before it's too late?'

The wife and I had a kid together about three years ago, and nothing has been the same since. What was once an adventurous relationship is now one that's baby-proof. We hardly have time alone together, and we don't have any sex anymore. I just know now that I don't want to keep going on like this.

Once a cheater, always a cheater. I cheated on my wife during our first year of marriage. She never found out, and I promised I'd never do it again. But now, I'm getting urges. I promised myself the next time I cheated on her, I would end the marriage and set her free because it's not right for her to deal with. So whenever that happens — and it will happen — I'll end the marriage.

4. None of my friends have stayed together.

Two of my closest bros also got married in their 20s and are now divorced. Everyone keeps saying I'm next because things aren't great with us. I have a feeling they are right.

My marriage is going down the drain. Everything is an argument. We hardly have a normal conversation anymore, and we don't even sleep in the same room. We both agree we're too young for couples therapy, and I think we both know we're doomed.

I've only been married for a year, and things just don't feel right. I'm not as into my wife as I was when we were just dating. Things change when you get married. I have this pressure to be perfect because this is supposed to be something that lasts forever, but that's hard.

Right now, I'm all work, work, work, and I'm trying to make partner at my firm. It's all I think about and do, and I work, like, 80-hour weeks most weeks. My wife isn't happy with me and doesn't understand that the hard work I do now will help us out in the future. I think if she asked me to pick work or her, I'd pick work, hands down.

Nothing is wrong with my marriage right now, but in the back of my head, I can't help but think that nothing lasts forever and that maybe there will be a day when this ends, either because of her or me. It is a scary thought, but it's one worth thinking about.