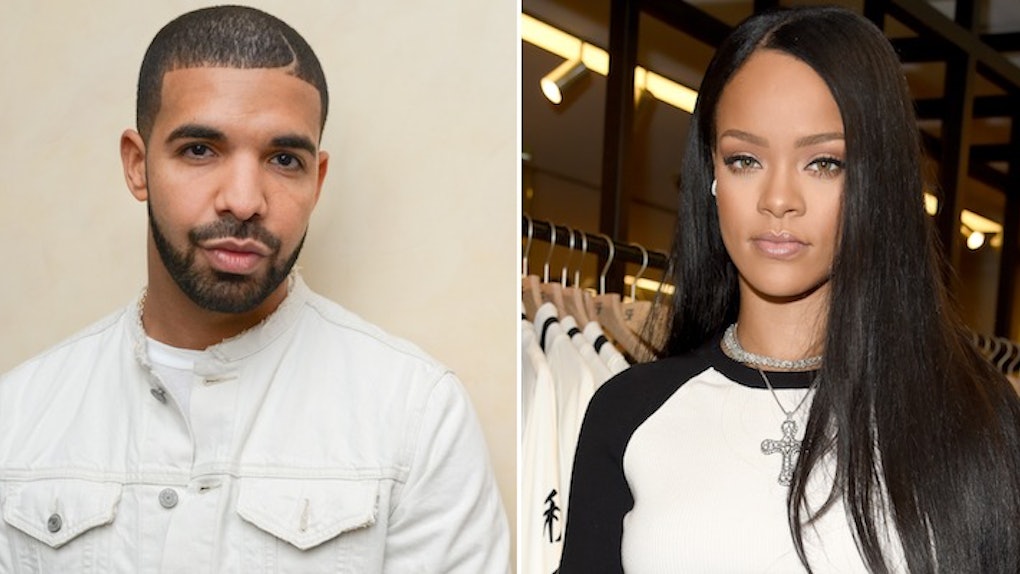 After spending nearly an entire summer together and leading us mere mortals on with their love, Rihanna and Drake have called it quits.

Seriously, no one saw this coming. And what no one also saw coming was how the breakup would turn into a game of both of them trying to tear each other down. Drake is even dating someone to make RiRi jealous.

Come on, you guys. You were so happy together! Why turn this into an ugly show for the world to see?

Rihanna and Drake have taken to social media in the midst of their breakup. They seem to be throwing some major shade, but the bad blood between them — as of right now — is speculation.

Rihanna is cryptic AF in this Instagram that's being talked about around the Internet:

Oh, but Drake brings the heat in one of his most recent Instagrams, too:

Sources say they still love each other and their schedules just didn't allow their relationship to be a success, but I think that's BS.

Regardless of whether you're as high-profile as these two or not, using social media to call each other out isn't always the best idea. It creates unnecessary drama (as Drake puts it).

Like, instead of telling the world how much you hate each other, why not just tell each other, get closure and end the relationship on a healthy note?

Despite our collective sadness from Drake and RiRi's fallout, there are a few things we can learn from it.

Besides posting bizarre, cryptic quotes and weird skull emojis, here's what else you shouldn't post on Instagram following a breakup:

Quotes like these are just sad and sappy. They let your ex know they had way too much power over you.

My advice? Sulk in peace, my friend.

If your ex still follows you on Insta, they could see a quote like this and think there's a chance of getting back together.

If you have no intention of getting back together with them, posting something like this isn't a good move.

Things you should just say to your ex:

...instead of posting them on social media.

I know confrontation takes courage, but something like this should be said right to your ex's face, otherwise you won't feel like you got closure.

Things that make it look like you hate all men:

You might hate your ex right now (and you have every right to), but trust me, not all men suck.

Don't unfairly throw them all in the same boat by staying bitter for longer than you need to.

Don't call yourself "crazy." You're wonderful.

Your ex should think you're out ruling the world on your own or meeting a new guy, not at home eating your feelings.

Some stuff should just be kept secret.

Preachy quotes that are just wrong:

YES, some guys will only want you for sex despite you wanting more. But that's not all guys, so stop calling out guys who don't deserve to be called out.

Yes, this is poking fun. But you're too busy being a strong, confident woman to be wasting your time seeking revenge on that asshole.