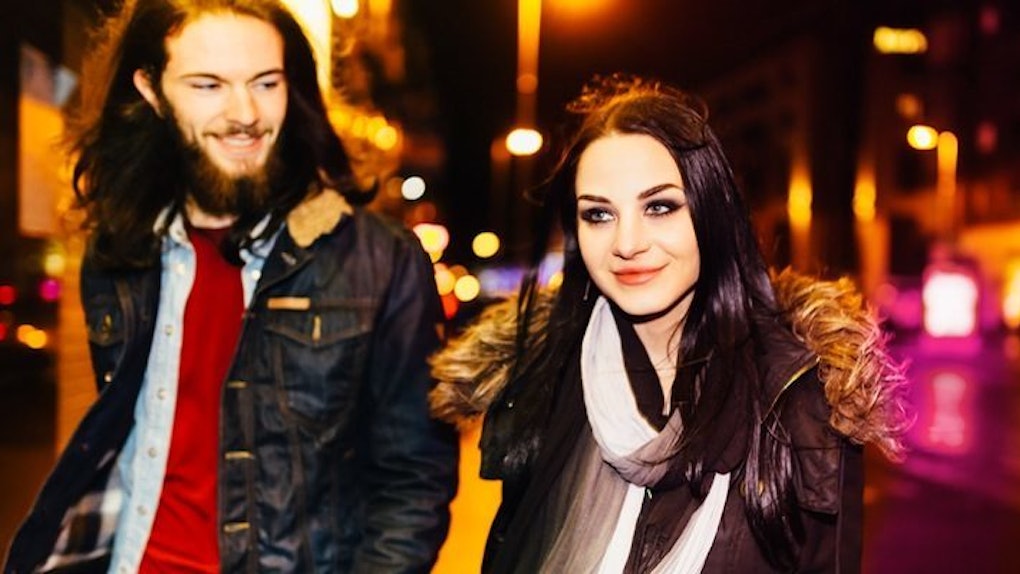 How To Tell If He Wants To F*ck You Or Date You, From A Relationship Expert

I get the whole “he's just not that into you” thing. If he's into you, you'll know, because he'll make the moves and give you the attention. If he's not, he won't. It's simple. I like it. I honestly let it control the large majority of my dating decisions.

But the other night, I was on the phone with my cousin when she presented me with a third option I had never really taken into consideration: “What if he IS that into you, but only because he wants to have sex with you?”

Or what if he's just acting like he's that into you to get some? Or maybe to continue getting some?

I had my own opinions on the matter. Well, shouldn't it be obvious? If he takes you on dates and stuff, he wants more than the guy who's just booty calling you at two in the morning, right? But my cousin was right. It's just not that simple. WHY is he taking you on those dates? That's what's harder to figure out. The eternal question remains: Does he like me? Like, like-like me?

So I decided to consult with relationship expert and therapist at The West Chester Therapy Group, Emmalee Bierly, MFT, to get to the bottom of this once and for all. I asked her point-blank: "How can we tell the difference between guys who are trying to date us and guys who are just trying to sleep with us?"

My grandma always taught me that if you feel like something's wrong, you are probably right.

Emmalee explains that that same gut feeling is to be trusted in the dating game. She warns us:

"Keep your eyes open for the 'red flags.' These are the things that give you that gut feeling of 'Eh, maybe he's not looking for a deeper commitment.'"

Learn how to read the signs.

Emmalee explains that there are two kinds of signs: red flags, like the ones she described above, and green flags.

What are some examples of red flags?

Him only contacting you when he's intoxicated or leaving the bar; his behavior [being] different towards you during the daytime and nighttime; if he blatantly says, “I'm not looking for something serious." More than likely, you are not going to convince him how amazing you are by being super cool in those rare moments he is giving you the time of day. Do you know absolutely nothing about his life? [That's] probably a pretty major “red flag” that he isn't invested in making you a part of his life. Even on the off-chance that he is “playing hard to get,” ask yourself, “Do I really want to be in a relationship with someone where I have to decode their behavior?" The movie "Harriet the Spy" is cool, but playing her in real life is exhausting and a self-esteem killer.

As for the more favorable green flags, Emmalee elaborates:

If a guy wants to date you, he will more than likely either ask you on a date or give you some “green lights” that he would like more out of the relationship. Some common “green lights” are that he shows an interest in your life, he wants to know more about you as an individual, he's bringing you around his friends and family and he wants to do more than just have sex.

Seems simple enough. But let's all just take a trip down memory lane and reminisce on all the times we stuck around for guys who did NONE of these things.

Carry over some lessons from past relationships.

It's hard to stay objective when you're judging the actions of someone you REALLY like. We want them to like us back, so obviously we are going to interpret their actions in a favorable light.

Emmalee elaborates on this concept explaining that we "try to ignore the 'red flags' and think any little thing indicates a 'green light' because we really want our feelings to be returned."

What's a good way to avoid falling into this trap? She provides us with a great tip:

Finally, don't be afraid to just ask WTF is going on.

Ladies, it's 2016, you can ASK about what's happening in your relationship, and you are not “crazy” or “clingy” for asking. And if some guy makes you feel that way for asking, kick him to the curb, because your voice and needs are significant and important.