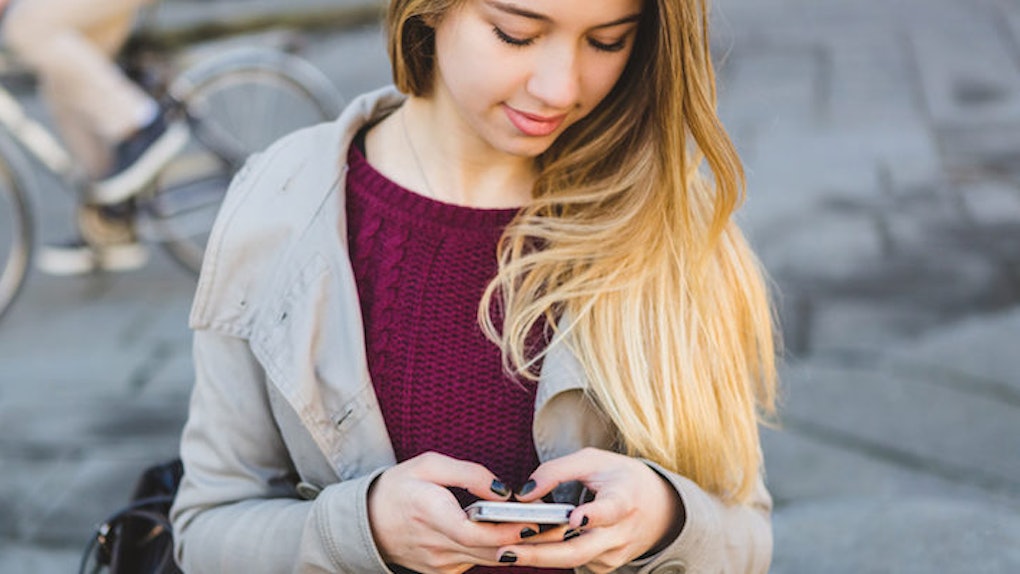 It's Not The Dating App You're Using, It's Just Timing

You've been on Match.com, checked out OkCupid, perfected your Tinder profile and you're probably thinking about trying out Hinge and Bumble now -- anything to find the right person.

You've matched with the doctor, you've had a decent conversation with the bookish guy and you gave the gym dude a chance to prove he's more than his flex-those-muscles-cause-I-lift-selfie. And yet, it still doesn't feel like you're doing it right.

You're filled with questions: "Am I using the wrong dating app? Do I look like I'm looking for casual sex by being on Tinder, despite explicitly putting on my profile that I'm not? It's my picture, isn't it?"

Good news: It's not you. It's not the dating app, either. It's timing.

People go on dating apps for all kinds of reasons -- one-night stands, true love, casual hook-up buddies, exploration -- and that means it's highly likely you'll strike out with someone looking for something different than you.

It's not a bad thing. It's actually a really good thing that you don't go on the second date expecting him to be into dating when he thought you weren't after exclusivity. I mean, what do you expect from a person who's on a dating site, right?

And that shouldn't get you down. You couldn't have just been messaged by one person. I mean, with that gorgeous picture of yours? Really? Just one? I don't think so!

My point is: You're probably seeing a guy who just isn't looking for the same things in a relationship as you are. And the right guy who you're supposed to be dating could still be out there -- whether it's on that dating app or in the bar you're going to this weekend.

By right guy, I mean the guy who's going to be on the same page as you when it comes to dating and exclusivity. So don't worry and think you've got to download all of the best dating apps a quick Google search gave you if you're not finding the perfect guy right away.

So go on, don't be afraid of trying again. Message that cute person and strike up a conversation. See if it flows between you two and if it's worth a first date.

It's also a smart idea to read a potential pick's bio before even sending a message in the first place. More often than not, you're going to be able to figure out exactly what he or she is after.

In fact, the real trick is figuring out what you are looking for. Is it a casual relationship you want or something serious?

If you just got out of a relationship and feel like you're not ready to be seeing someone seriously or you simply want to explore your options, that's fine. As long as you know what you want, it'll make your hunt easier.

It's 2017. It's time you accept the fact that technology is here and that it'll help you with basically anything - including dating. There's no shame in it, and there shouldn't be massive heartbreak if you don't get it right on the first match.

It's all about timing. You're going to meet "the one" someday, somewhere, somehow -- whether it's through a dating app or not.