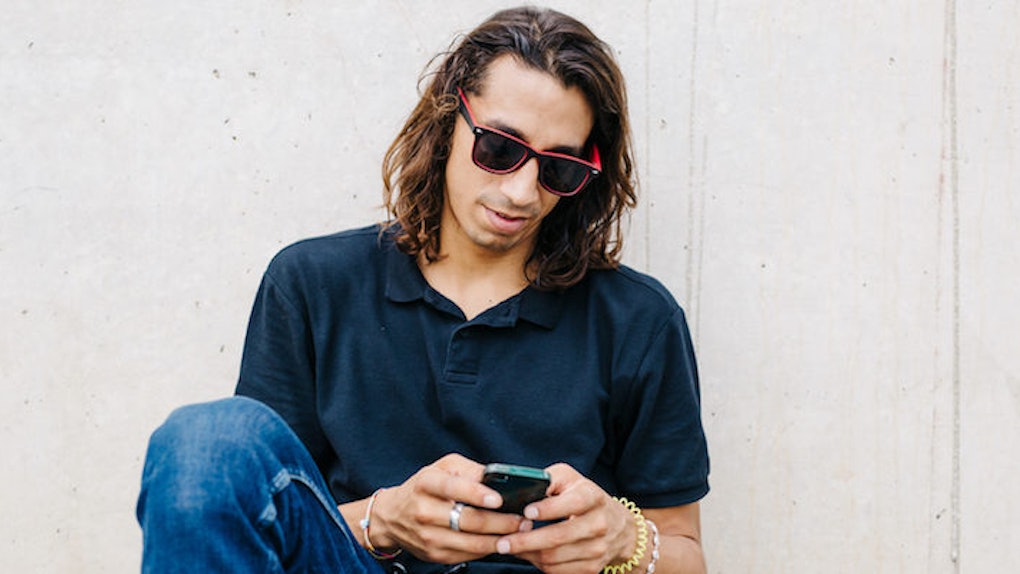 Now that I'm in a long-term relationship with a person I met on the app, there's still a part of me that's nostalgic for the act of swiping.

While I did find what I was looking for when I used the app, I also enjoyed the game-like aspect of swiping. It's fun, and it's what I did when I was bored. (It was the preferred app I'd browse when I was going to the bathroom.)

So with that, I guess you could say my intentions on the app were mixed. While I was primarily looking for love, I also enjoyed the app as an activity.

From what I've been told by women currently using the app, however, I was a rarity, as I was actively seeking a substantial relationship. According to them, most other users are using the app for more selfish or sexual reasons.

Are these women right? Are men using these dating apps for something besides dating?

I asked some friends over at cougar dating site Toyboy Warehouse to reach out to their audience to see what guys' real intentions on dating apps are. And boy did they deliver.

Some guys were just looking for sex and casual dating.

The apps I'm on are just for sex. Lots of people use it for that reason, so I'm not looking for anything else.

I always love a one-night stand — every guy does. If they say they don't, they're lying.

Just sex, really. It could be something more with the right person.

I'm not looking for love on dating apps, although something might turn into that eventually. I guess, right now, it's just sex and dating.

Some guys want something a little more serious.

Dating and relationships — not into the causal stuff.

I'd choose loneliness if it weren't too sad of an answer.

Love. I want to meet my next girlfriend.

I've used Tinder a lot. Most of the apps I've used aren't really for sex or relationships. No one replies to my messages.

I'm not into casual hookups. I want a fun relationship with someone attractive and exciting. My last relationships have been awful, so I hope using a dating app might filter out the bad ones.

And some guys have literally no idea.

Just whatever happens, really. I'm not looking for anything in particular.

I don't know. It's what everyone does now, right? If you're not dating on an app, you're not going to meet anyone.

I don't have an intention. I just thought I'd try it and see what happened. So far, it's been fun. I've had mostly hookups, which is difficult not to enjoy.

I thought it'd be fun.

Whatever the other person wants. I'm not fussy.

I wasn't sure what I was looking for when I first joined, but I've had loads of conversations, a number of dates and a relationship (which has sadly ended now). I didn't have an intention when I joined; I just wanted to see what would happen.

Well, with the last few dating apps I've used, I really only wanted a fling. But it's turned into two long-term relationships now. I don't know if only looking for sex actually works. I've never had a one-night stand.

OK, ladies, now I get it. These dudes' responses are all over the map. While a healthy portion fully admit they want to find love, just as many want sex and only sex.

I'm personally shocked I didn't see any “friends with benefits” wishes, but it seems like the guys looking for sex are after something even less committal, opting for one-night stands.

I don't understand (and have never understood) the idea behind “just dating.” Like, what does “just dating” even mean?

Isn't there an obvious end-game to dating? Doesn't dating lead to relationships, and doesn't the right relationship lead to love? The fact that a guy won't flat out say he's looking for love is a red flag.

So good luck on these dating apps, ladies. You're going to need it.