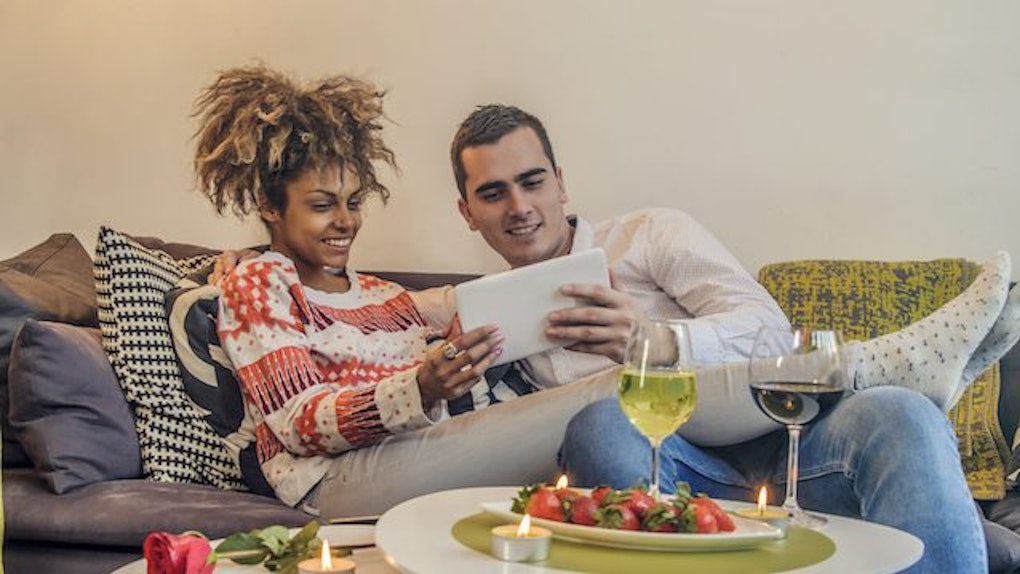 Signs Your 'Woke Bae' Is Actually A Fuckboy In Disguise

So you met a guy who is an actual, factual feminist.

Like, he name drops "male privilege" on dates and says he "loves that Lena Dunham girl."

He even suggested you go see "Hidden Figures" together because he wants to support a film about strong women with *wink wink* a STRONG woman.

And of course he paid because even though he believes in your independence, he still wants to treat you like a lady.

He didn't even try to get frisky in the dark of the theater, and didn't hog all the popcorn.

But before you throw your panties his way and start picking out wedding colors, these signs reveal whether or not you should still take your vagina and RUN.

Here are the signs that #WokeBae is actually a fuckboy.

1. After his chivalrous evening at the movies, he gives this look when you decide to go home instead of up to his apartment:

2. He has a photo of him attending the Women's March as his Tinder profile pic.

He just had to sprinkle that in there didn't he? Come on.

He knows that photo is the ultimate chick magnet. No one really has to billboard their beliefs like that on a dating app.

What happened to regular selfies?

3. He wears a "Fuck Trump" shirt on the second date, but says Hillary Clinton might've won if she wore more dresses and was a bit younger.

Brother-man likes women but only when they fit a certain look.

4.  He invites you to the gym for a "self-care" date. Then says, "But you have a great shape anyway. I know you'll never get fat."

Yes, he just complimented your curves and you HAVE been in the gym killing it, but dude just sneak-dissed big girls.

5. He's so passionate when ranting about women's equality that he doesn't let you talk... at all.

Not listening to women sorta-kinda disqualifies you from being a feminist... right?

And why does women's rights have to be the topic of all his conversations with you, anyway? Sketchy, sketchy!

6. He tells you he's happy to support his future wife's protesting and such -- because she'll be a stay-at-home wife and will have the time anyways.

Girl, run. If the fate he's decided for his future wife doesn't suit you, that is.

7. He's always (seriously, ALWAYS) complaining about being a "nice guy" and how they "always finish last."

Most men who say this aren't even all that nice.

This is also an appropriate time for me to mention that there's another reason you should beware of a man who complains about finishing last... but, I digress.

Moral? Don't fall for the hype.

Or, if you want, just make faux #WokeBae a cut buddy. Because even though he's been hiding it -- that's all he wanted to be anyways.