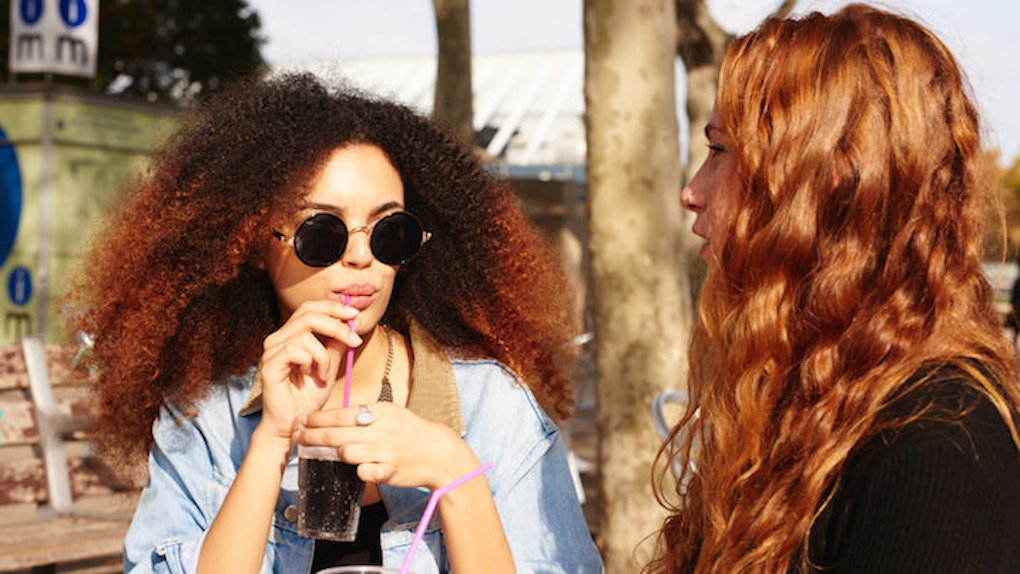 The Victoria's Secret Fashion Show is one of the most anticipated times of year for Generation-Y.

With stunning women strutting down the runway, stellar outfits and bigger wings each year, it's magical.

Even though the annual event is a party none of us actually get to attend, we still feel like we're a part of something great.

A usual highlight of this show includes great performances from the hottest artists. This year, Rihanna was set to perform again, and fans couldn’t be happier.

Unfortunately, Rihanna bailed last minute, and everyone was pissed about it.

But, guess what? Rihanna rid her wrongdoing by sending some red balloons backstage with a nice little note that read:

Wish I was there with you guys. Kill it tonight. See you all next time. Love, Rihanna.

Umm, what? Is this considered an apology or more of a “sorry, not sorry" situation?

In all fairness, it was a nice gesture on her part.

But, I find it super shady she would back out so last minute after she made a professional commitment.

The sad truth in all of this is, we all have a friend like this.

If you know exactly what I'm saying, here are six trademarks of the girl who’s always just a little bit shady:

One of the most telling signs of a somewhat shady girl is her ability to full-on disappear for short lengths of time and then magically reappear out of the blue.

“Oh, my phone died, and I was just at my parents' cottage all weekend,” she nonchalantly says when you finally get ahold of her.

You almost believe her, until you find an Instagram of her out at a bar the night before with her phone in her hand.

This shady girl will take the time to strategically use her phone in a way where no one, except the people she’s with, will know where she is.

That's likely because she is up to no good.

Some people lie, and I get that.

What’s uncommon for most — but seemingly common for shady girls — is lying to friends about absolutely everything.

Lying to your parents? Totally normal.

Lying to your boyfriend? Super sketchy, but still somewhat common.

This is a girl everyone knows.

She will often claim to hate most women because they’re so dramatic. She insists she prefers to have guy friends only.

This same girl then becomes an angry and jealous monster as soon as one of her guy friends gets a new girlfriend.

Naturally, this is where the scheming begins.

She will do anything to break up this newfound relationship. She'll send inappropriate texts to someone else’s guy and drunkenly try to kiss him in front of his girlfriend.

Beware of the girl who claims to be one of the guys. She's batshit crazy.

Everyone loves a good story, especially when it comes from a good pal.

The next time you hear the story, however, it changes. In fact, each time, it’s just a little bit different.

You’re left wondering, “Did I miss something?”

This girl will fabricate anything and everything, including the stories she tells about you behind your back. Being friends with a storyteller is okay, but just be weary of what you tell her.

Watching your friend succeed is a great feeling. You get to feel proud of her accomplishments and celebrate with her over tequila.

This type of shady friend, however, can't feel the same about your accomplishments.

Anything you can do, she can do better. She can do anything better than you.

Whether it's clothes, jobs or boyfriends, she will always try to be one step ahead. No, literally.

This girl will physically walk ahead of you because she thinks you're her minion.

This shady girl is easy to spot. She will do anything to seek all the male attention she can.

The amount of free drinks she gets at the bar is astounding.

You may think she's harmless, but she'll pounce on your potential fling the moment she sees you're having a better time than she is.

If you find you sound like one of these shady friends, it might be time to check yourself.

If any of these shady girls sounds like one of your friends, you should reevaluate your relationship and maybe distance yourself a bit.

Life is hard enough as it is. The last thing you need is someone who would have no problem stabbing you in the back to get what she wants.