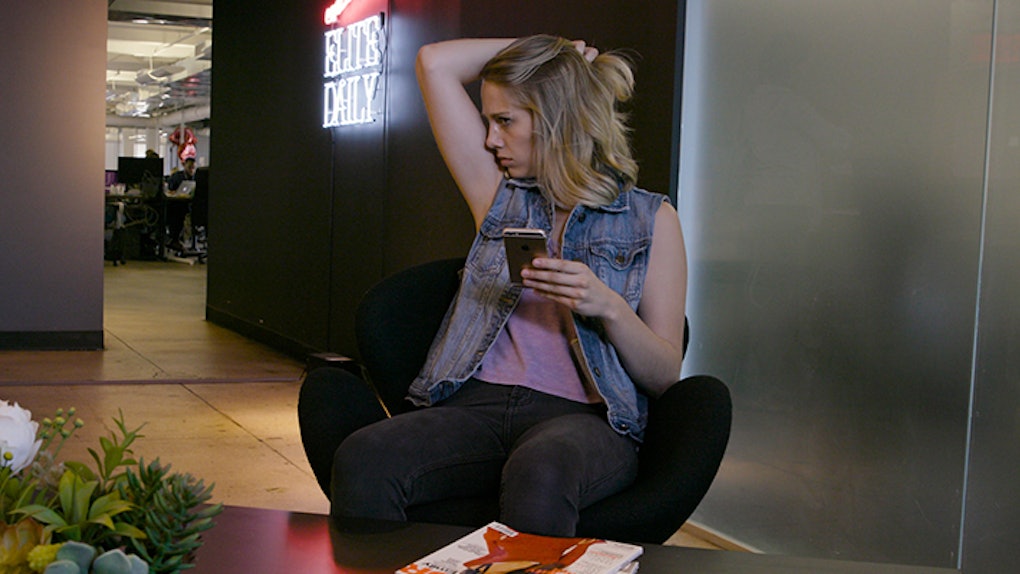 Gross Habits All Girls Have (But Won't Admit)

Let's face it: Boys aren't the only ones with gross hygiene habits. Us girls can have some pretty disgusting habits, too.

I've had a total of six roommates (from both genders) in my 27 years of life, and I can guarantee you the two male roommates I've come across were far cleaner than any female roommate I've lived with.

Sure, maybe they were anomalies, or maybe I just have lower expectations for my male counterparts than my female living mates. But one thing is for sure: Women are not always the clean, cute, dainty little things we make them out to be.

Ask any woman her most embarrassing habit when she's alone, and you'll probably be faced with some reluctance. We don't want to admit we're gross, but we're also never going to stop being gross.

Personally, my worst traits come out when I'm by myself. I will fully admit to not doing laundry for so long that I either have to buy a new pair of underwear, go commando or end up wearing swim bottoms under my jeans. (Trust me, this is not at all comfortable.)

When my girlfriend goes out of town for work, I've been known to live off of Skittles and Thai food for the month. But that's not even the worst part...

There are many other weird or downright gross things all of us ladies do, whether or not we'd like to admit it.

Here are a few (gird your loins, world, you're in for a surprise):

We eat from the bottom of our purses.

First off, ladies, your purse is disgusting. In fact, one British study found that the average purse is three times dirtier than a toilet. Yes, a toilet.

But that doesn't stop us from digging for the very last piece of gum that may or may not be covered in mysterious crumbs from some snack you probably carried three months ago.

We hardly ever shower.

Washing your hair is a full-time job (at least, it might as well be). Sure, you could wear a shower cap during your morning shower, but let's be honest: I'm more likely to throw on some perfume and dry shampoo when I'm in a hurry.

We don't wash our bras.

Bras are really expensive and high-maintenance. So unless you're willing to throw $60 into the trash, you're forced to hand wash them. Seriously, who does that?

Sure, we don't have to buy bras that are crazy expensive and, therefore, machine-washable, but why would we give our two favorite girls anything but the best?

Everything about periods is gross.

As much as I'd like to be all FEMALE POWER about periods, there's not a woman in the world who isn't grossed out by her period at least a tiny bit.

Every girl has period panties. (Don't pretend like you don't.) For those of you who don't know what period panties are, they are the panties we wear that are bloodstained from previous periods. Yup, they're real. And we're never throwing them away.

When that time of the month comes around, nothing is safe from a blood stain.