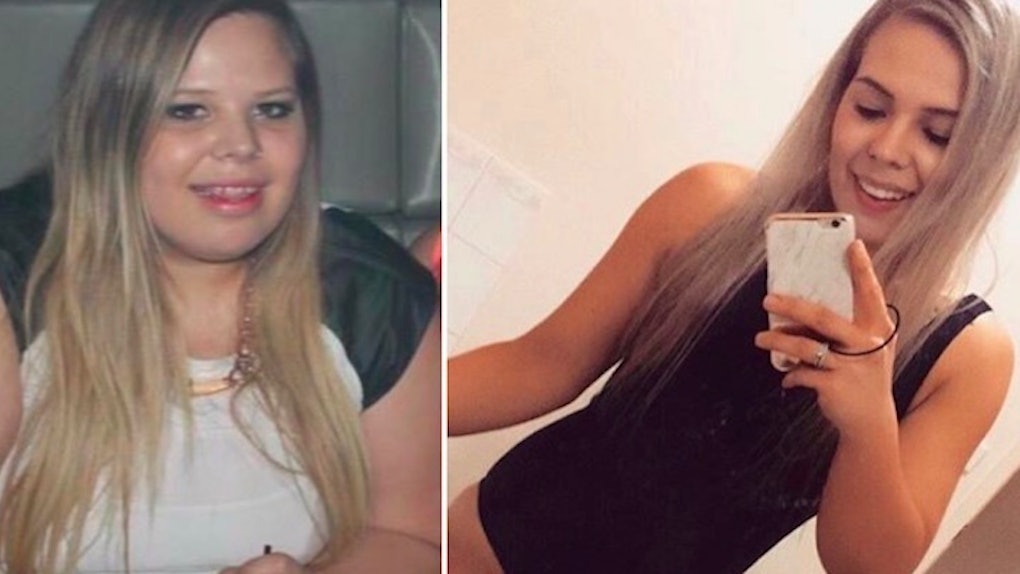 It's no secret losing weight can be a daunting task.

We're constantly bombarded with social media photos that lead us to believe the only way to get skinny these days is by drinking detox tea, taking supplements and wearing a waist trainer.

However, one mom is on a mission to prove all it takes to score a smoking-hot bod are some foolproof lifestyle changes.

Like many women, 23-year-old Natalie Burtina gained a bit more baby weight than she bargained for when she became pregnant back in 2013.

The Victoria-based dental nurse confessed that she stopped caring about her diet and could barely stand to look at herself in the mirror anymore by the time she reached her peak weight of almost 300 pounds.

I had packed on the weight once I got pregnant. I just did not care but I was so uncomfortable with myself.

Matters were only made worse by the fact that Burtina broke up with her boyfriend about a year after her son Layton was born and often put her own health on the back burner to keep up with her autistic son.

However, this single mom knew something had to change if she wanted to keep up with her incredibly active 3-year-old. Burtina revealed,

I was puffed out doing anything, just exhausted all the time.

So in 2015, Burtina made some positive changes to her lifestyle, doing things like adopting a healthier diet, ditching processed foods and swapping out sugary drinks for water.

In addition to cleaning up her eating habits, Burtina also started incorporating some exercise into her daily routine by taking Layton out for long walks.

The first time I did it I struggled. And then I got a little bit better – then I decided to join the gym.

Now, Burtina tries to hit the gym two or three times a week or works out in her home, with the help of Kayla Itsines' fitness app, when she can't make it to the gym.

Thanks to these simple changes, Burtina has dropped 14 sizes in just 18 months, losing about 126 pounds in the process.

This healthy mama has been documenting her astonishing transformation on social media, and it's not hard to see she's living proof that all it takes to get healthy is some good, old-fashioned diet and exercise.

For people who need a little push, she says,

Just start with anything. It makes you feel so much better.