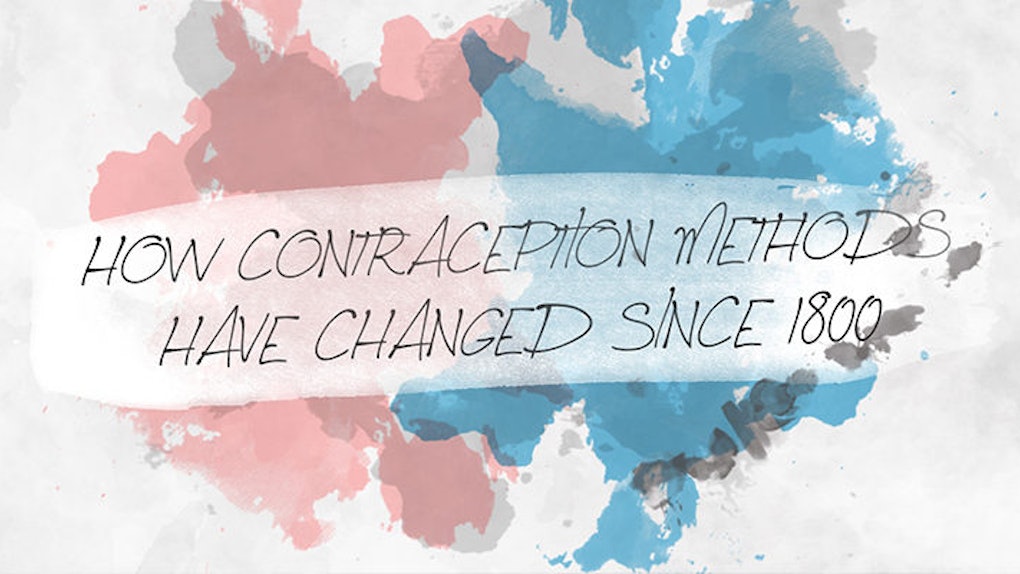 The history of contraception starts at the beginning of time. For as long as people have been having kids, they've been trying not to.

One of the first methods of contraception is still widely used today: coitus interruptus. Most commonly referred to today as the pull-out, or withdrawal, method, it allowed many to control their family size (though not always successfully).

There's a misconception that “back then” women were birthing out as many kids as was humanly possible, but that's just not the case.

Take, for example, the families in Ancient Greece. Population control was a serious consideration, probably due to lack of resources, so they restricted their family to two or three children only.

While the need to stop unwanted pregnancies has always been there, the resources that allowed men and women to do so have not.

The history of contraception follows a similar pattern throughout time: Once a birth control product was made and sold successfully, people who had moral qualms with it created restrictions against it.

The 1800s saw one of the most important inventions in contraception: the rubber condom. In fact, throughout most of the 1800s, the birth control industry profitably marketed an array of products. However, in 1872 the federal Comstock Act was passed, outlawing the manufacture and sale of contraceptives.

This pattern of creation meeting restrictions is naturally a part of the invention process, especially when the safety of a new product is in question. But, for contraceptives, it seems to be less about safety and more about a conflict of religious and moral beliefs.

Throughout the 1900s, people continuously pushed against restrictions as new, revolutionary birth control products were created.

Today, we are still pushing.

In the US, there are still massive disparities in who has access to birth control. Minority communities and people with lower socioeconomic statuses suffer the most.

Even though the responsibility of family planning today is placed predominantly on the woman, her ability to do so continues to be aggressively restricted.

Now, many women fear the repeal of Obamacare will further limit their access to birth control, sending the world back in time.