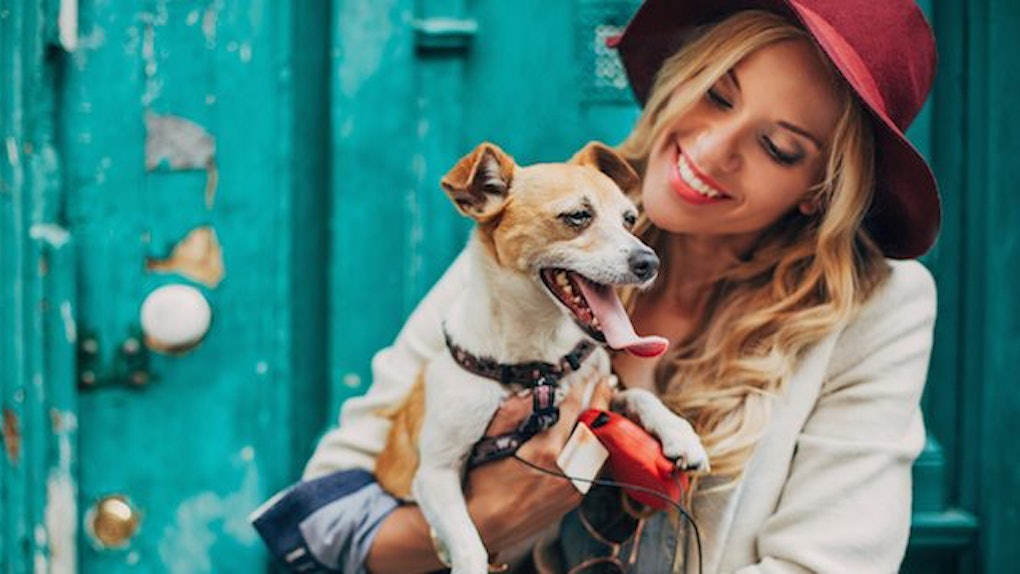 Why Having a Dog Is Better Than Therapy

I am the proud owner of two dogs, for two reasons:

Dogs, to me, are more than just pets. They are angelic therapists covered in fur.

Having dogs has taught me more about myself than the entire self-help section of Barnes & Noble, and while I'm a huge advocate for going to therapy, I can honestly say that having a dog has been just as beneficial for my mental health.

Since I can't communicate to them with words, "listening" to my dogs has taught me how to tune into what my gut is telling me, and that heightened sensitivity has translated itself into my human relationships as well.

More than any other animal, dogs have evolved to become acutely attuned to human beings' behavior and emotions. Having lived alongside them for so long, we've developed an ability to know what they want or need as well.

In fact, it's been said by journalists' and scientists alike that having a dog in childhood nurtures emotional intelligence at an early age, but I would argue that theory applies to adulthood as well.

I've found that by having a dog I'm better able to read what's behind someone's words by paying attention to their body language and energy, simply because I do it so often with my pups.

Soothing touch, like giving hugs or going to get a massage, are quick ways to manage stress because they raise the levels of oxytocin (the love hormone) in the body.

But studies have found that petting a dog does the exact same thing for your oxytocin levels, and for your dogs hormones as well, which explains at least in part why dogs are just so into us.

Oxytocin not only lowers stress, but it increases our feelings of connectedness with others, which is something we could all use on this big lonely marble we call Earth.

I'm not always in the mood to walk my dogs, and it doesn't help that one of them has had a lifetime dream of murdering any employee of the U.S. Postal Service, but the fact remains: any exercise is good exercise.

My dogs force me to walk an extra 45 minutes every day of my life, and that'll be an ongoing thing for as long as they are with me.

So it's not surprising that dog ownership has been connected to losing weight.

One study in Harvard Health Publications' "Get Healthy, Get A Dog" found that public housing residents who walked therapy dogs for 20 minutes a day actually lost almost 15 pounds in a year, without changing their diets at all.

Imagine what that does for your self-image, not to mention your physical health!

Every time I'm worried about my career, or worried that I'm screwing up another relationship, or I feel like I'm just not good enough to even bother trying anymore, I've developed a practice with my dog to alleviate my negative self talk.

I turn to my dog Alabama, who is especially great at maintaining eye contact, and I'll voice my concerns to her.

I'll say, "Alabama, I'm fucking up everything at work again, everybody hates me, and I'm a garbage human."

Then I'll pay attention to the way she's looking at me, and how good it makes me feel.

And I just try seeing myself the way she sees me.

There's a million reasons why you should get a dog outside of the health benefits, outside of what it could do for you.

But if you're even thinking of adopting one and you know you could make it work, I can't recommend it enough.

Dogs are the most majestic creatures in the world. They deserve our love, and getting one will make you realize we deserve theirs, too.