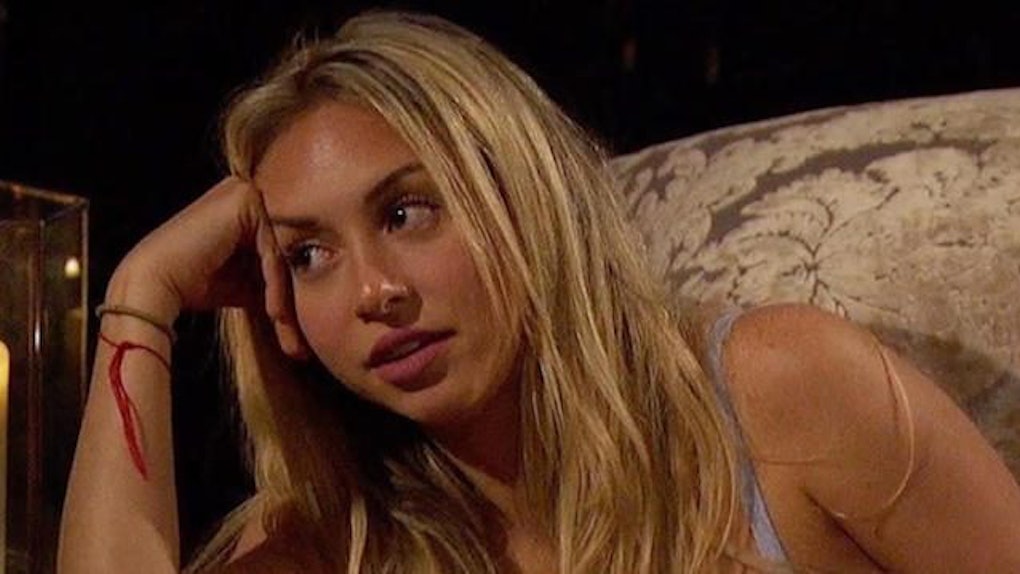 Signs You Lack Emotional Intelligence And Need To Mature

I never thought I'd be saying this, but this season of "The Bachelor" has brought an important lesson to the forefront of our national conversation: emotional intelligence.

After that scene between Taylor and Corinne in Nick's hometown, many fans had to ask themselves, "WTF is emotional intelligence, and why does it matter?"

Emotional intelligence is, to put it simply, the knowledge of emotions.

It's the ability to recognize how you're feeling and how others are feeling at any given moment and to implement that knowledge with grace, openness and compassion.

In working to develop yourself, it's important to work on improving your emotional intelligence.

The following are signals you could really use a lesson on it:

1. No one understands you.

You are consistently being asked to clarify your statements or your tone of voice, and you have a frustrating number of arguments that are based around these misunderstandings.

Problems communicating with others either in your words or tone can indicate a lack of clear understanding of yourself.

If you know where you're coming from emotionally, you'll have less trouble getting your message across.

Take time to breathe and check in with yourself before speaking with others.

If you find yourself jumping to conclusions and losing your temper with people, it's a sign you need to work on your emotional intelligence.

Most of the time, people are not TRYING to offend you. They're just trying to communicate.

So, the more open you are emotionally, the more confidence you'll have in yourself and the more trust you'll gain in the words and actions of others.

3. You make assumptions and defend them.

We are all guilty of making assumptions, but one thing that indicates a lack of emotional intelligence is making an assumption and then looking only for evidence that supports your assumption.

Those who do this create a lot of drama because when the facts present themselves, they refuse to look at them.

If you find yourself acting like a fool and ignoring facts, just remember to take a step back and recognize when you're wrong.

4. You blame your feelings on others.

Let's say you're reading this article and are already feeling defensive.

You might be right, but why are you so defensive?

People who are emotionally intelligent view their feelings as important cues they can learn from.

They know not to label their feelings as negative, and when resentment creeps in, they pay attention and look within themselves for understanding.

You need to realize your feelings of resentment probably come from something deeper, like insecurity or a lack of self-esteem.

5. You won't let go of resentments.

Holding a grudge is like shooting yourself in the foot and hoping the other person feels it.

In order to grow from life's challenges, we need to be able to forgive others.

This doesn't mean we need to trust someone again or continue to allow them to cross our boundaries. It simply means that for our own sake, we move on from those problems and grow emotionally.

Now, let's all hope Corinne will take a second look at these.

Just kidding, Corrine. We love you. Never, ever change.

Citations: 7 Signs You Need To Improve Your Emotional Intelligence (Startups.Co)