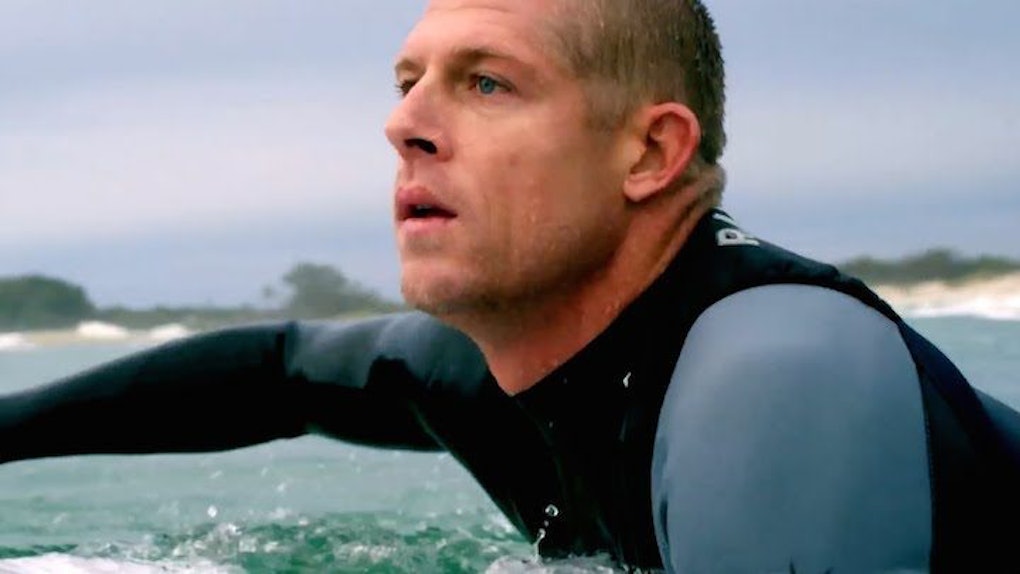 Surfer Mick Fanning became an Internet celebrity when he fought off a shark during the finals of the World Surf League's J-Bay Open in South Africa earlier this month.

And while you or I would probably avoid surfing, the beach or any large body of water in general for a while, Mick Fanning is clearly a thrill-seeker of the highest order.

Fanning was recently filmed getting back into the water for a CBS "60 Minutes" documentary, and wouldn't you know, the trailer appears to show him spotting another shark swimming in the water next to him!

Uh, dude, it may be time to give up the surf game for a few -- not indefinitely, just until whatever voodoo hex has been placed on you wears off.

You know the CBS producers were licking their lips and rubbing their hands, though.

The "60 Minutes" episode will air this Sunday on CBS.