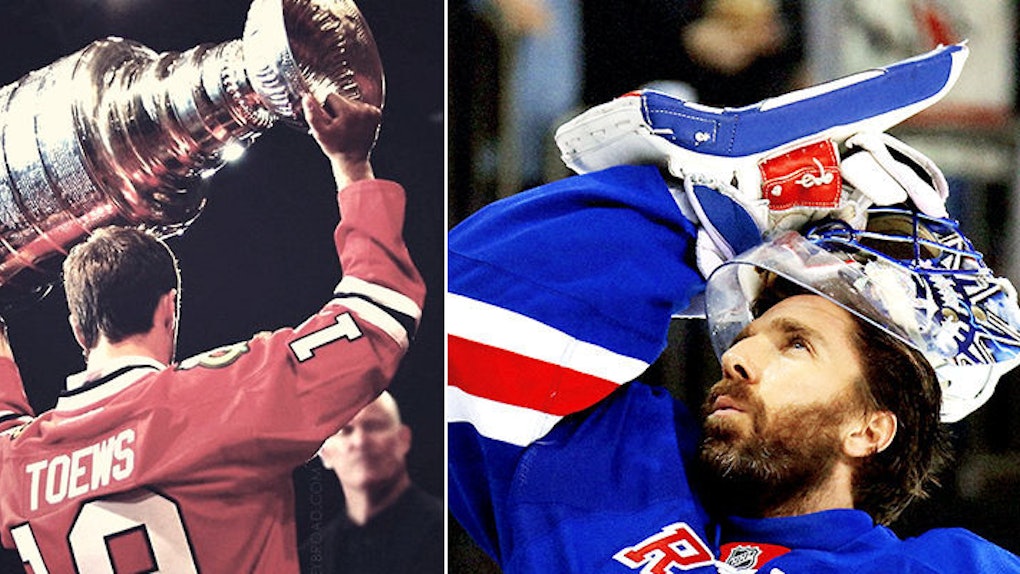 Without The Stanley Cup Crown, Henrik Lundqvist Is No King

The last time the New York Rangers hoisted the Stanley Cup as champions of the National Hockey League, I wasn't even born yet.

This past Friday, goalie Henrik Lundqvist and the Rangers once again let down the city of New York as they dropped game seven of the Eastern Conference Finals to the Tampa Bay Lightning.

Entering Madison Square Garden with the statistical odds in their favor, the Rangers were stunned as their future Hall of Fame goalie, who had gone 15-3 in elimination games since 2012, gave up two goals and took the shutout loss.

Henrik Lundqvist would once again have to wait for his crown.

For the better part of the last 10 seasons, the Blueshirts have been led by Lundqvist, who has been praised for his almost-immaculate goal prevention in the crease, earning him the nickname, King Henrik.

But, until King Henrik wins his crown, he is no king.

Lundqvist now finds himself following in the footsteps of King James (LeBron James), who was criticized by both the media and fans for his inability to back up his elite, regular-season play with an NBA Championship ring.

He did in 2012. In 2013, he did it again. Not only did LeBron silence his haters, but also solidified himself as the current king of the NBA.

King Henrik shouldn't be treated any differently than the way we treated King James. Lundqvist needs to bring a Stanley Cup to New York, and Rangers fans should not accept anything less.

In the world of sports, fans demand and expect greatness. We pay and invest an incredible amount of time and money into our sports teams.

We expect championships, we criticize and we bash, but if you reward us, we reward you with our support. If mediocrity was an acceptable outcome, there would be no reason to root for our respective teams.

Therefore, we want champions, and thus far, Henrik hasn't been one.

Lundqvist may be one of the greatest goalies the NHL has ever seen, but he'll be watching the Stanley Cup Finals just like I will: from a TV.

A team that has come so close to ending the two-decade-long drought time and time again has failed you. Does the failure to bring New York a championship fall completely on Lundqvist's shoulders? No.

Perhaps, it's a collective failure by the team, one that features superstars like Martin St. Louis and Rick Nash.

But, a 15-4 record in elimination games is meaningless when you have yet to bring a Stanley Cup to your city.

Being the best team with the best regular-season record, earning you the President's Trophy is also meaningless, unless, at the season's end, your name is engraved onto the Stanley Cup.

A king doesn't allow his team to be embarrassed 6-2 on home ice, in game two of the Eastern Conference Finals.

Don't get me wrong; Lundqvist had great performances throughout the playoffs, but if you're going to win the Stanley Cup, you need to be the best.

As the face of the franchise, he has to lead both his team and city to its first title in over 20 years. To be called a king and have no hardware to show for it is an embarrassment.

The city of New York has witnessed countless champions. The time is now for Lundqvist to answer the call and join the historic athletes who have succeeded in the Big Apple.

There is no more room for mediocrity. If you're not going to bring this city a championship, then get out.

Until then, King Henrik is simply a king of losers.