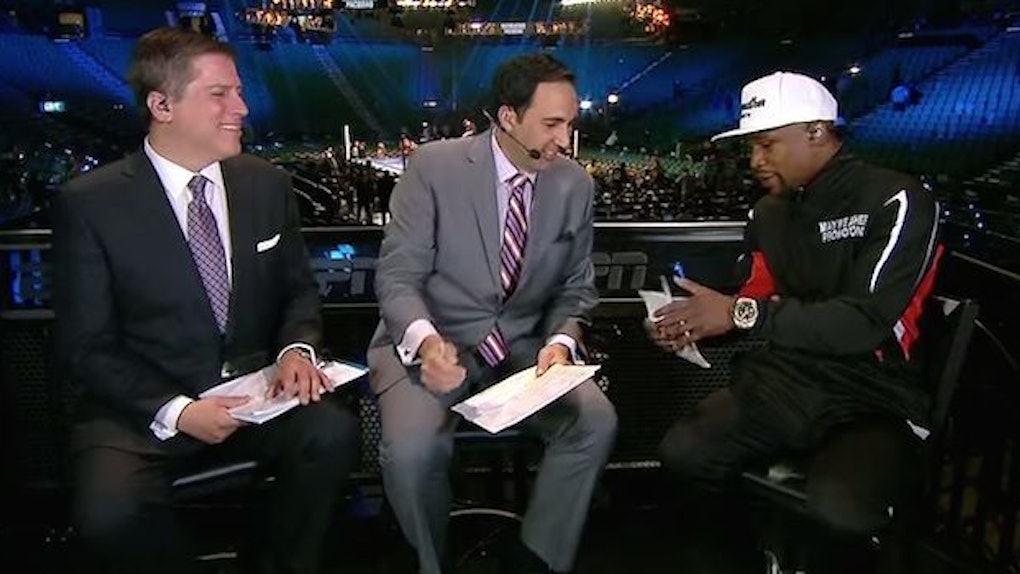 In case you hadn't heard, Floyd Mayweather, Jr. made A LOT of money for his 36 minutes of work on Saturday night.

The man who affectionally refers to himself as "the best ever" proved, once again, why he deserves to be the head of The Money Team -- not only by putting his money where his mouth is and defeating Manny Pacquiao on Saturday night, but also by showing off the cash he was fed.

During a post-fight appearance on "SportsCenter," ESPN anchor Steve Levy asked Mayweather if he had the "$100 million check" with him.

And the fighter who enthusiastically shows off his wealth had no problem engaging in a little show and tell on live TV.

Citations: Floyd Mayweather showed off his $100 million check on TV (For The Win)