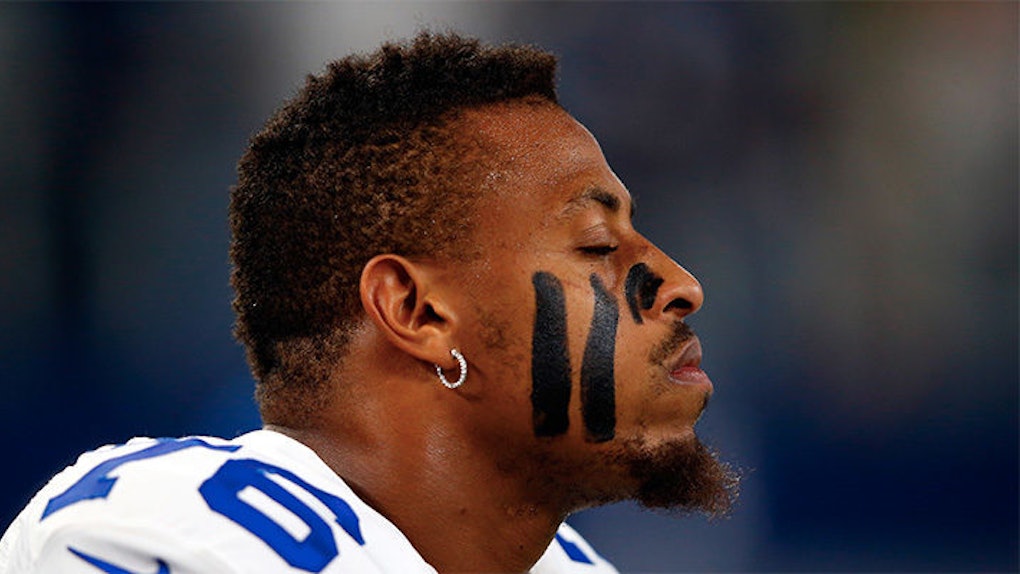 Why I'll Always Be A Cowboys Fan, But I'll Never Root For Greg Hardy

Even fans have their limits

The Dallas Cowboys are my team, but as far as I'm concerned, Greg Hardy will never get my cheers.

People say when you root for a team, you learn to love the players who are a part of it.

As a Yankees fan as well, I despised the signing of Jacoby Ellsbury because, well, he came from the rivals.

I also didn't want to talk about Alex Rodriguez during his suspension because he lost my trust.

The situation with Greg Hardy is even worse.

By now, everyone is aware of the situation between Hardy and his then-girlfriend, resulting in a domestic violence charge, a civil agreement and, ultimately, a suspension for the 2014 season with the Panthers.

And now he is back in the game, playing for the Dallas Cowboys after having his suspension reduced to four games instead of 10.

Hardy is no doubt an asset to the Cowboys defense and a strong player, but he should not be on that field.

The NFL and the Cowboys have mishandled the situation, and it has affected fans of the game of football.

As a Cowboys fan, I will gladly cheer on a great player, but I will not cheer for Hardy because he is disrespecting the game.

In fact, his behavior off the field disgusts me.

By cheering for him on the field, I am cheering for the Cowboys' choice to place emphasis on his talent, rather than his character.

Not every NFL player is necessarily a good person, but with the negative spotlight on Hardy and his actions, it seems almost a slap in the face to allow him back out on the field.

His need to get back on the field shows just how much he doesn't understand the importance of this game to the fans and players.

Millions of fans watch these games every Sunday.

They count on these teams and these players to go out there, play hard and win. But they are letting someone who should be a loser pose as a role model by his play.

Jerry Jones told reporters he signed Hardy because he deserves a second chance. He also said he was a leader.

How is it fair to give someone a second chance when they haven't even proved that they deserve it? Hardy's transcripts from court even came out, where he never accepts any of the blame for the incident with his ex-girlfriend.

The embodiment of a leader is someone who recognizes their mistakes, admits them, and learns from them. Not Greg Hardy. And I have a hard time watching when he is on the field being crowned a “leader.”

Cheering on Hardy is only encouraging everyone to think that it only matters what you do on the field, not off it. And that is a mindset that needs to be changed.

It is time to stop rewarding this negative behavior.

Each week, a man who assaulted his girlfriend suits up for my team and plays the majority of the game. My team.

How wrong is that?

This is the team I have watched for weeks on end, crying when they lose and celebrating endlessly when they win.

I will bleed blue and silver and don the star on my chest for years to come. But you will never see me with a Hardy jersey, whether he represents Dallas or someone else.

I'll always cheer on Tony Romo, Cole Beasley and Jason Witten, those who have proven they can make a difference on and off the field.

But for Greg Hardy? I'll never be able to see him as a true Dallas Cowboy.