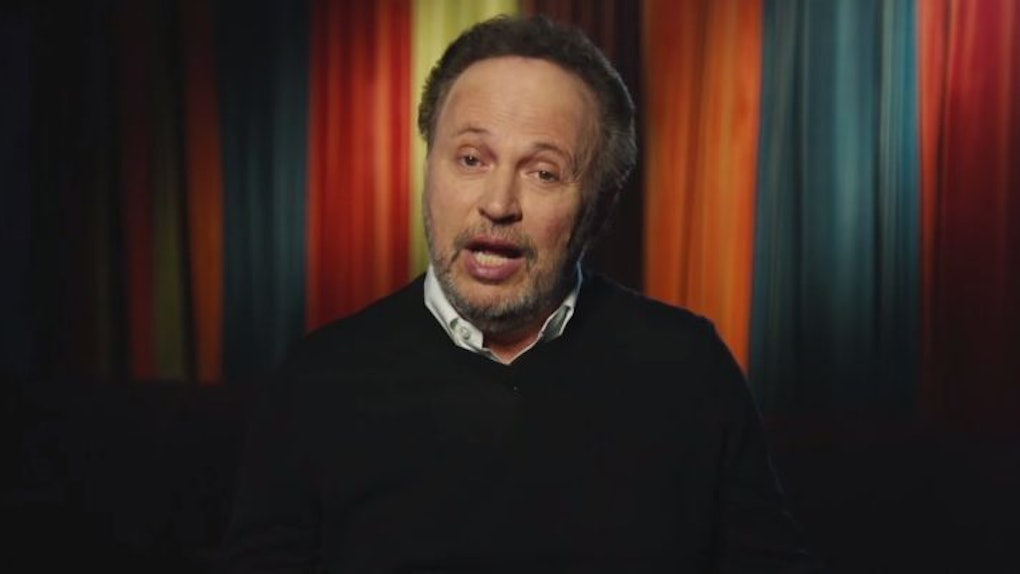 About 20 years ago, comedian and actor Billy Crystal appeared on the debut episode of HBO's "Real Sports."

He made a joke about Wilt Chamberlain's, erm, active life in the bedroom.

This week, Crystal returned to the show to drop some serious knowledge about today's athletes.

Crystal, now a grandfather, wonders what he's supposed to tell his grandkids about all the terrible things we're seeing from athletes.

From A-Rod's steroids debacle to the notorious Ray Rice elevator video, the sports world has seen better days. But, has it?

Sure, Deflategate received more press than Watergate, but that's not because of the severity of the situation; it's because of the 24-hour social media era we currently live in.

As Crystal notes, all an athlete has to do is push a button and he or she will “self-destruct.”

But Crystal makes another important point: The dumb sh*t we see athletes do today isn't a generational thing; it's been happening forever. It's just that it's more out in the open than ever before.

Are there any left?