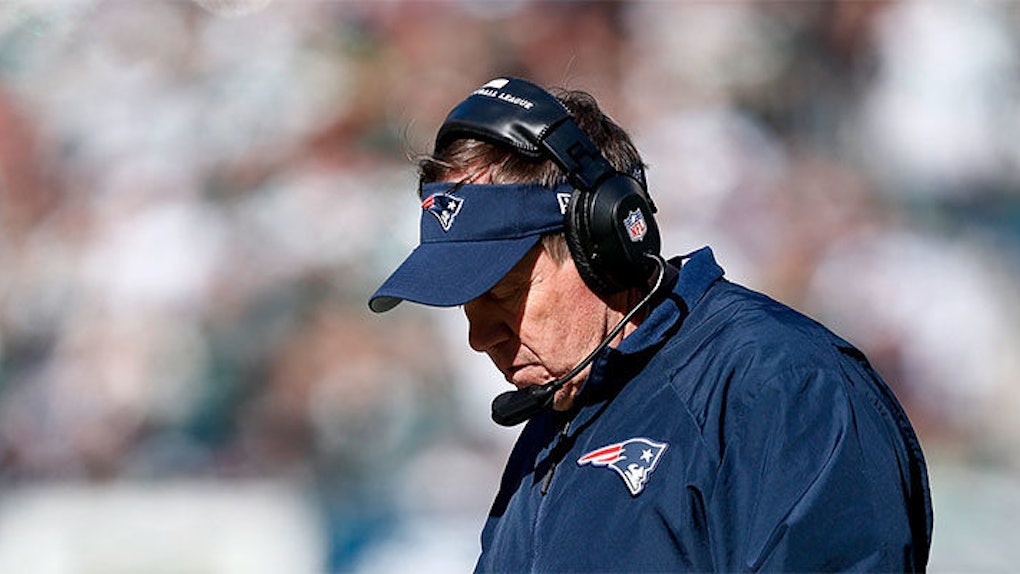 And here comes to the Patriots' Deflategate defense.

After a four-month investigation that found incriminating texts, including one that revealed an equipment manager calling himself the "deflator," this is what New England came up with as a response.

The team sent out a nuanced response with one of the worst excuses you could imagine.

The Pats employee, the team claims, only called himself the "deflator" because he wanted to lose weight. Seriously.

Patriots claim McNally called himself "The Deflator" because he wanted to lose weight. ARE YOU F*CKING KIDDING ME? pic.twitter.com/oZ9t7laZx2 — Bart Hubbuch (@BartHubbuch) May 14, 2015

Yeah, that's it. It's all one big misunderstanding. Right...

Look, the Ted Wells Report is certainly far from flawless, and even though it looks like the Patriots got caught red-handed, there are legitimate holes the team can poke in the league's investigation.

But, c'mon. They can do better than that, especially when they've severely punished the employees who were exchanging the texts.