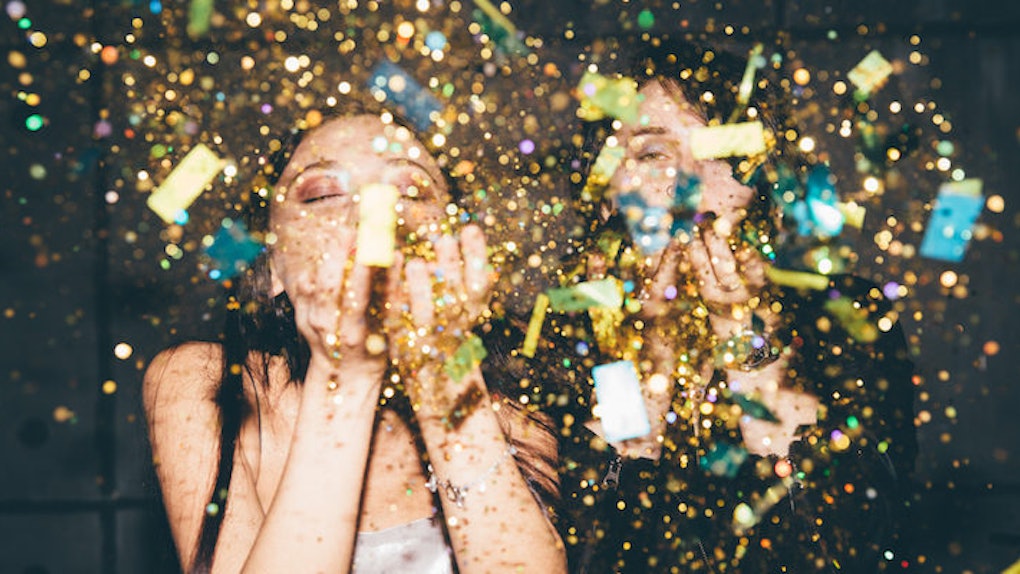 'Unicorn Snot' Is The Sparkly Beauty Trend You Need For NYE

It's time to lock up your ugly Christmas sweater and break out the sparkles — New Year's Eve is right around the corner, baby.

You know what the key ingredient to a fabulous NYE is, right?

Thanks to Unicorn Snot, we're going to be able to dowse ourselves from head to toe in multicolored sparkles before the clock strikes midnight.

I know, you must be thinking, "What the hell is 'Unicorn Snot?' I don't want that on my body."

If I'm correct in your assumptions, you're sorely mistaken. Unicorn Snot is the best way to transform yourself into a sparkly goddess (or god) without the slimy mess.

According to Cosmopolitan, Unicorn Snot comes in five different shades to give you the option of which color you want to emanate on December 31 (or any day of the year if you're feeling fab).

Apparently, it isn't sticky and can be used anywhere on your face and body. Heck, if you're feeling bold, put it in your hair! It can be used there, too.

You can buy it in blue.

You can get one in gold.

You can buy it in pink and silver, too!

Oh! Did I mention green? Just buy all of 'em!

If you're into the glittery look and are on the hunt for quick ideas to whip together for New Year's Eve, just reminisce all of the sparkly trends that became a fad in within the past few years.

I know you were curious to give this a try! Now's your time to shine (literally).

If you're feeling adventurous, why not try a glitter nipple?

Yes, having bedazzled breasts was a thing, too. #FreeTheNip.

OK, I guess those were two drastic examples, but I think rubbing the Unicorn Snot all over your body and face will do the trick if you want to ring in the New Year in a glamorous way.

If you're into the look, you can buy a container of the sparkler gel on DollSkill.com for $10.

Have a (sparkly) New Year!