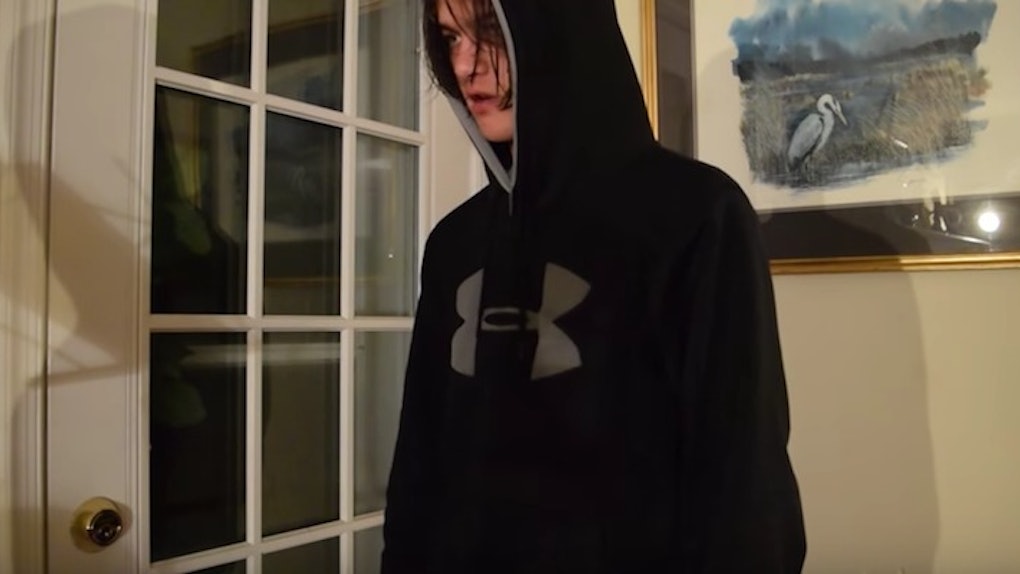 By now, you've heard about the unidentified man climbing the 58-story Trump Tower in Manhattan, before being grabbed by authorities in an epic finish to the standoff.

During his climb, law enforcement at the scene of the bizarre stunt were not too sure what his motive was as he scaled the 664-foot-tall skyscraper.

Twitter users did speculate quite a few possible motives, though.

Despite the fact that the bizarre stunt has reached its natural conclusion, a creepy, Joker-style video surfaced on YouTube titled "Message to Mr. Trump (Why I Climbed Your Tower)."

The video appears to show the Trump Tower climber wearing a black hoodie as he reveals his motive behind his suction cup-dependent spectacle above the bustling city streets of Manhattan.

The man in the video says,

I am an independent researcher seeking a private audience with you to discuss an important matter. I guarantee that it is in your interest to honor this request. Believe me, if my purpose were not significant, I would not risk my life pursuing it.

The reason I climbed your tower is to get your attention. If I had sought this via conventional means, I would be much less likely to have success because you are a busy man with many responsibilities.

At the end of the video, which was uploaded one day before the stunt, the man reveals that he is a Trump supporter by urging viewers to go out and vote for Trump in the upcoming election.

Check out the eerie video above for a closer look!