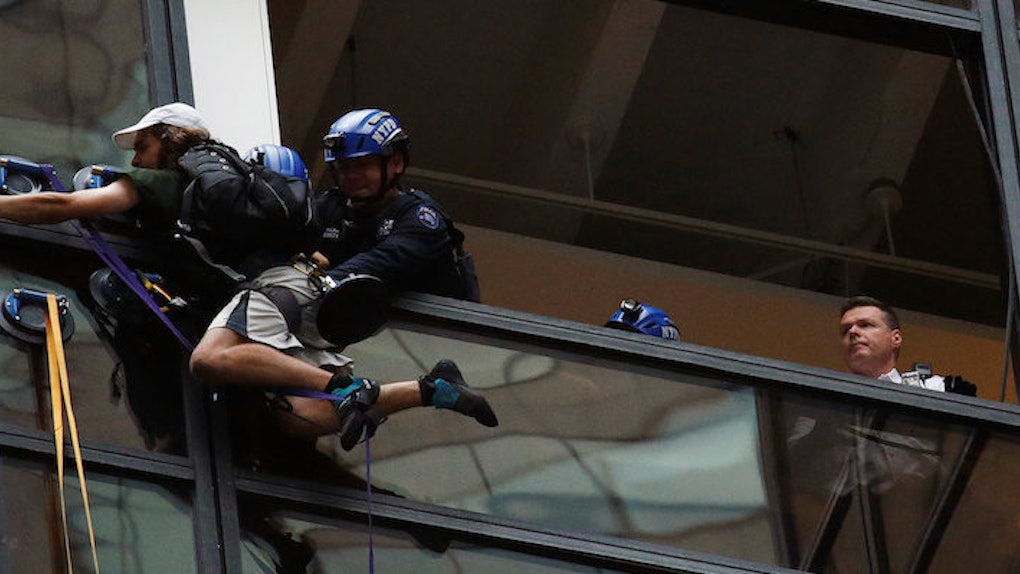 Guys: Please tell me you saw the immense grab the cops did to pull Steve from Virginia off the side of Trump Tower??

No worries if you didn't -- we have it right here.

The man was using those cool suction pads you see in all the "Mission: Impossible" movies.

He only got a couple of floors high when emergency services were alerted. Police closed down part of Fifth Avenue and 53rd Street.

Rescue workers initially popped open a grate from the inside of the building in a bid to catch him. He changed his direction and started moving left.

Moments later, rescuers busted a huge hole in a window above him -- causing shattered glass to rain down on his head.

A window washer was also closing in on him.

The Trump Tower climber was having to clean the windows to make sure his suction pads got enough grip to support his weight, which was being held by no more than a couple of harnesses.

He got quite a bit higher before coming level with a window where cops plucked him straight off the side of the building like total heroes.