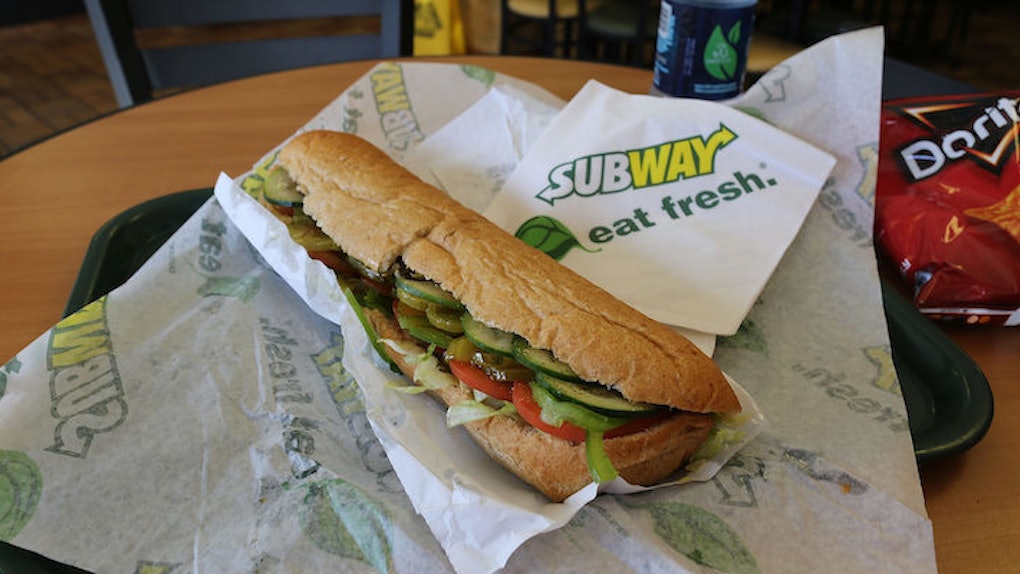 Subway Is Now Making Sure Your Footlongs Are Actually 12 Inches

At one point or another, you've probably had Subway's slogan "five-dollar footlong" tune playing in your head, threatening the stability of your sanity.

Apparently, it was all for naught since Subway recently upped the price of a footlong to six bucks, and the sandwiches might not even be a full 12 inches.

Back in 2013, one Australian man pointed this out, posting a picture of his footlong (sandwich) that only measured in at 11 inches.

The photo has since been deleted from Facebook, but it still leaves us with lingering insecurities over the size of our own mediocre turkey subs.

Angry sandwich lovers demanded answers, and some went as far as suing the company, forcing Subway to admit the "footlong" was just a branding trick.

Like, really, Subway? While you're at it, you might as well tell children all over the world Santa isn't real (JK, he's totally real).

It does seem Subway is finally taking the matter seriously, however, after releasing a statement to the Associated Press in which the company said,

We have already taken steps to ensure each guest receives the Footlong or six-inch sandwich they order.

Apparently, Subway will introduce major reforms to ensure its footlongs are, indeed, a foot in length.

So prepare to bring a ruler with you next time you're looking to order a sandwich.

As Americans, it's our job to keep these corporations accountable.