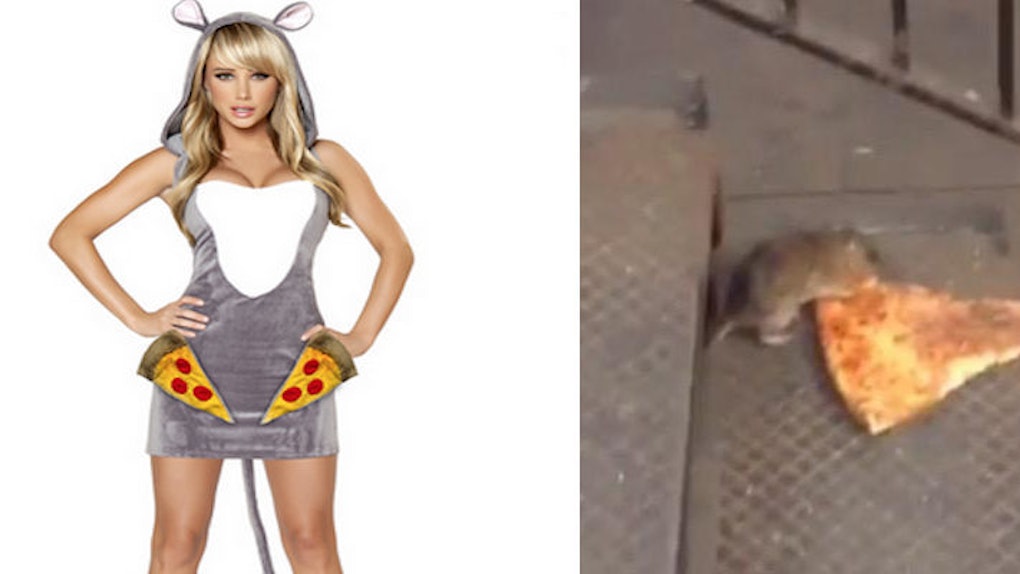 The season of tasteless, tacky and trashy Halloween costumes is upon us — and first in the running for the season's worst look is the Sexy Pizza Rat costume.

The inspiration for this monstrosity is of course the rat that became a viral Internet sensation after dragging a slice of (what I hope to be) dollar pizza down the grimy, dirty New York subway steps.

Halloween costumers Yandy saw the opportunity and capitalized on it with a $90 “sexy rat” costume, complete with pizza-pocket decals. More specifically, as per the site, it's a "soft, body-hugging grey mini dress with a white front panel, an attached mouse tail, an attached hood with adorable mouse ears, and two attached pepperoni pizza slice accents."

It's every bit as ridiculous as it sounds, and yet, kind of awesome in a weird way — although it would be way awesome-er if it ditched the “sexy” part and went straight to grimy and gross.

But hey, some people want to show their stuff on All Hallow's Eve, and that's fine with me.