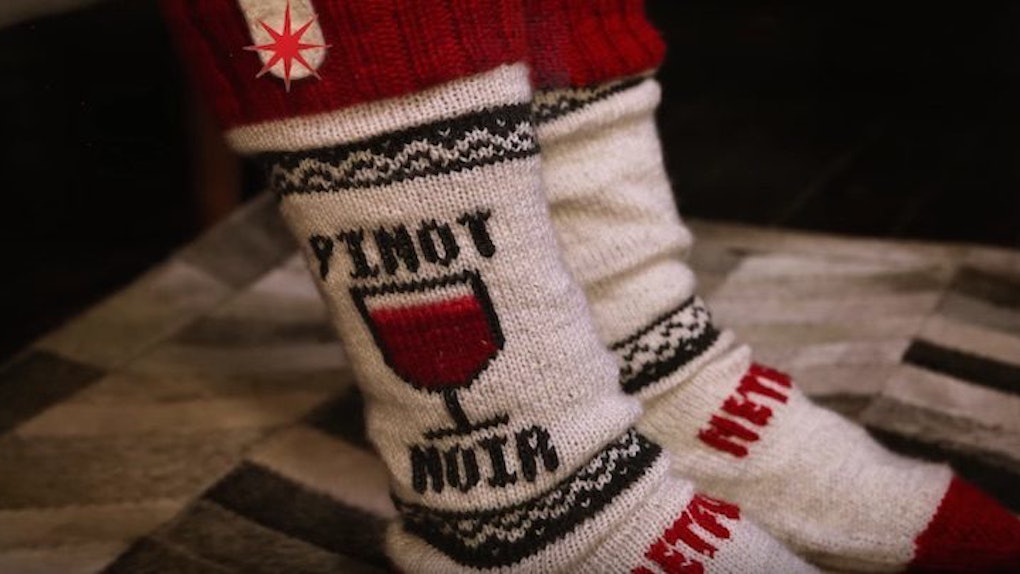 Need something to keep you busy while you're home for the holidays?

Let Netflix help you out.

The über-popular streaming site recently released its latest DIY instructable, a worthy follow-up to the "Netflix And Chill" button from earlier this year.

The newest Netflix-themed project is actually incredibly useful: smart socks, designed to wear while binge-watching the latest season of “Orange Is The New Black” (or whatever show you're currently consuming).

The socks, which you have to craft yourself, are designed to detect when you fall asleep and pause Netflix accordingly, ensuring you don't lose your place when you're catching some zZz's.

As per the site,

We've based our sleep detection system on a popular method called actigraphy. An accelerometer detects when you've stopped moving for a prolonged period of time and triggers a signal to your TV that pauses Netflix. When it detects that you've dozed off, an LED light in the cuff of the sock flashes red, warning that the pause signal is about the be sent to your TV. Any motion will stop it from firing. The accelerometer is very sensitive to little movements, so its good at detecting when you're just sitting still, raptly watching Netflix, and when you've actually fallen asleep.

You'll need to know how to knit to create the smart socks, which also require some electrical work and programming to create. It's a project, for sure, but the payoff? Totally worth it for those lazy Sundays.

Head to Netflix for the full step-by-step instructions, and check out the video below for more details.

Citations: Netflix Socks Will Turn Off Your TV When You Fall Asleep (iDigital Times)