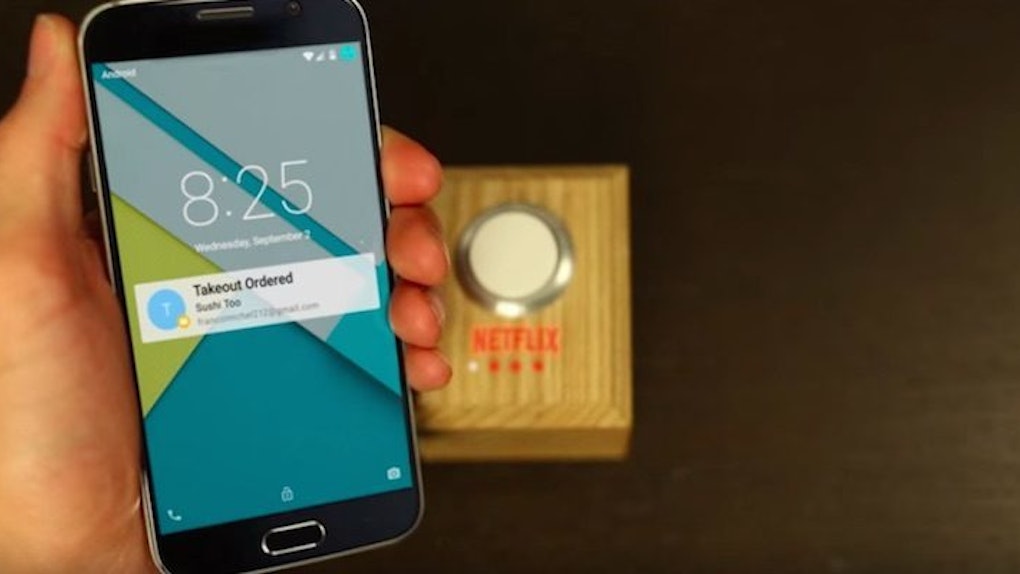 There's Actually A 'Netflix And Chill' Button, And You Can Make It Yourself (Video)

This week, the subscription-based service unveiled an official “Netflix and chill” button, a switchboard-powered device that preps the user's environment for a romantic night of TV-watching and couch potato-dom.

The homemade, battery-operated “Switch,” as it's called, features built-in WiFi, which the owner can use to sync the device to his or her smartphone, TV and computer. When pressed, the Switch sends a signal to the user's devices, activating “Do Not Disturb” mode and readying the Netflix queue. It even has the capability, if properly connected, to dim the lighting in the room to optimum movie-watching brightness.

While the "Netflix and chill" button is envisioned more as a marketing ploy than for any mass commercial use, you can't deny the convenience (or awesomeness) of it: It's like having a robot who understands, and caters to, all of your lazy-night needs.

Check out the video, below, to see The Switch in action, and head here to learn how to make (yes, make) your own.

Movie nights will never be the same.