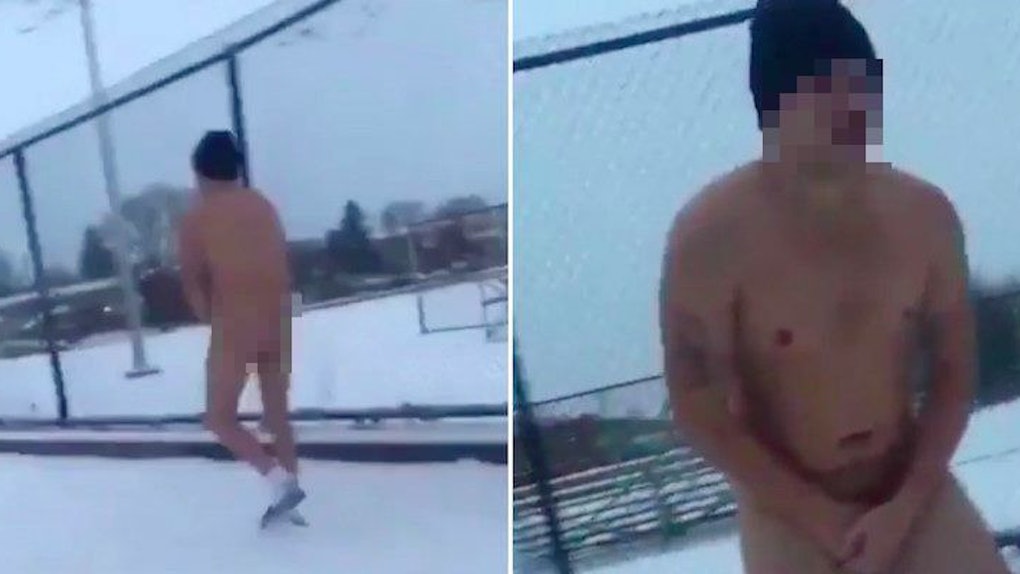 Shoutout to the guy who did the coldest walk of shame of 2017 so far.

The phrase gets thrown around quite a lot, but this walk is actually shameful.

It sounds like there's a very good reason he was made to go home with no clothes in single digit temps — he got caught having sex with someone else's girlfriend.

I'm going to take a wild guess and say her BF came back early from work.

The whole glorious thing was caught on camera by some guy passing him in a car. It shows his shameful pink buns shuffling through the blizzard-like conditions somewhere in the world.

The guy in the car rolls down his window and says,

What the fuck, you all right?

Now, the alleged cheater is talking so fast (probably because of the cool breeze clinging to his manhood), it's hard to tell what he's saying.

Yeah, I'm good. I got caught fucking someone's bitch. Can you give me a ride, yo?

His savior in the car agrees to take him home, as apparently he only lives around the corner.

But this guy's bad luck is about to reach unthinkable levels, because as he goes to open the door he drives off.

Evil. Pure, trolling evil. But so, so funny.

You can hear the nude dude cursing and shouting at the driver as he leaves him to potentially die. It's pretty strong trolling game when you're risking someone's life/prison record. I'm not sure how to feel about it.

The cameraman captioned it,

This n***a got caught fucking somebody bitch now this n***a stranded in ah blizzard.

It makes this cheating revenge savagery look like child's play.