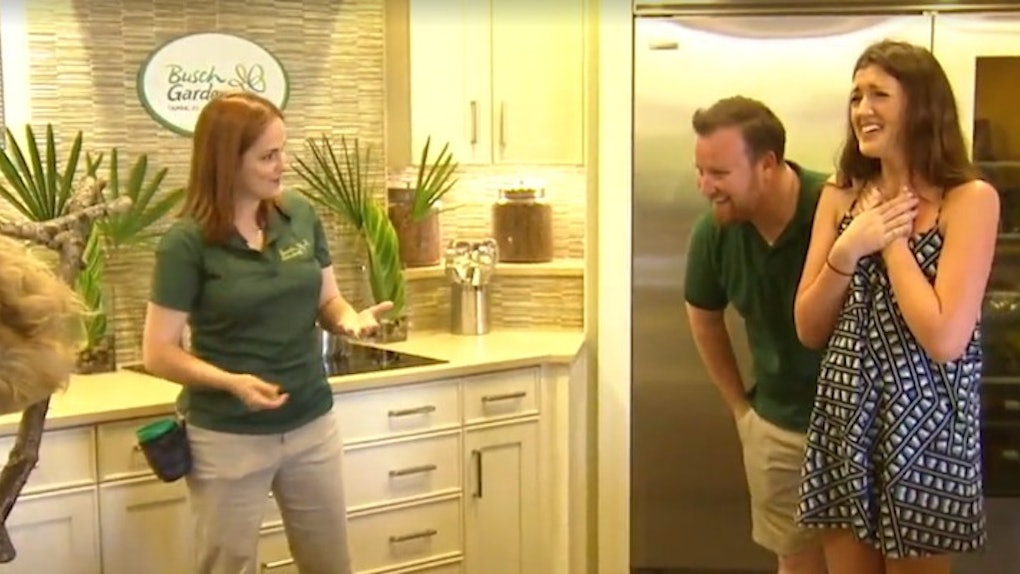 You (at least, theoretically) only get to propose to someone once, so it's important to come up with a plan that makes the person you're asking so emotionally overwhelmed, the only thing he or she can do is instinctively say "yes."

One of the ways to do this is to incorporate something your partner is obsessed with, which is the route Walter McCann went when he decided to propose to his girlfriend, Carly Corvin, who has a particular affinity for sloths, aka the lazy stoners of the animal kingdom.

McCann arranged a meet-and-greet with a Hoffman's two-toed sloth named Harry at the Busch Gardens in Tampa because we're apparently lucky enough to live in a world where you can hang out with a sloth, as long as you have the money to pay for the privilege of its company.

After Harry was introduced to the couple, his trainer asked if the couple would be interested in feeding him -- an offer Corvin eagerly accepted.

After a plate of food was brought over, McCann took off the lid to reveal the "Will you marry me?" message carefully spelled out in an arrangement of vegetables, and Corvin accepted his offer (almost) as eagerly.

It might not be as good as the time Kristen Bell was reduced to tears when she learned her husband rented a sloth for her birthday party, but it's definitely a close second place.