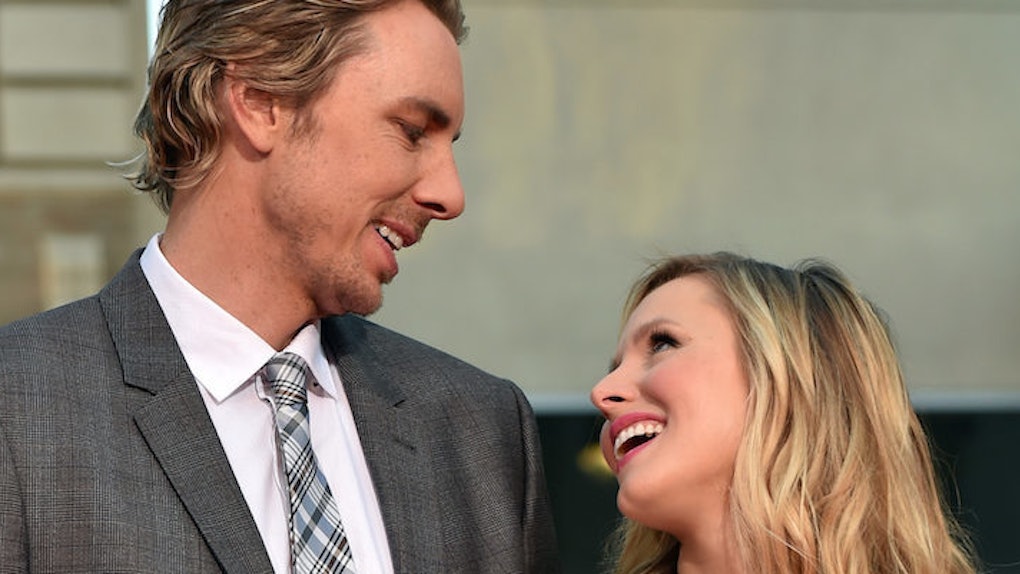 When Amy Poehler and Will Arnett broke up, I felt sure love was dead or, at the very least, not possible for smart, hilarious people like me.

But then, lo and behold, a ray of hope appeared to me in the angelic form of Kristen Bell and Dax Shepard.

Funny people can be happy AND in healthy relationships. It's real, I swear to you.

And now, they do stupidly cute sh*t like make dorky music videos when they go on vacation and tweet cute, hilarious pictures of each other. It's a lot to handle, honestly.

Kristen and Dax sort of slip under the comedy radar since neither is a full-fledged comedian, but if you're paying attention, you'll see they're both f*cking hilarious.

Luckily, you don't have to pay attention because I've been doing it for you.

Exhibit A: the couple's tweets when their first daughter, Lincoln, was born.

Now, look at the ridiculous poses they do on the red carpet. RIDICULOUS, I SAY.

Again, I CANNOT HANDLE their dorky dancing in this video!!!

Seriously, go watch the full thing if you haven't seen it yet.

Remember when Dax brought Kristen a sloth for her birthday, and she had a meltdown???

Honestly, this video is iconic.

Sometimes, they wear dumb matching sweaters, and it's the worst (best).

I have no idea what is going on in this photo, but I would love to be a part of it.

I'm getting a strong feeling these two can't go one minute without cracking each other up.

Do they have to look so f*cking glamorous while doing it, though?

I'm sure Dax put the wrist-brace moves on Kristen that night, too.

"Veronica Mars" fans might remember when Dax played that guy in the movie, and it was glorious.

Once again, I have no idea what is happening here, but it seems hilarious.

They may have lost that Oscar in 2014, but they won my heart forever.

BUT, SERIOUSLY, STOP BEING SO PERFECT AND CUTE AND FUNNY!