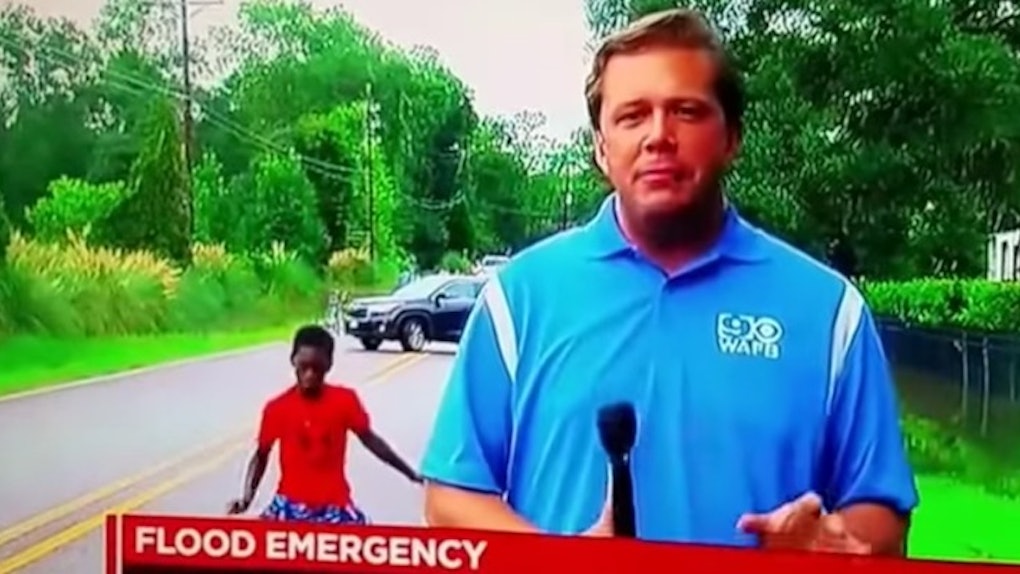 A kid brought a brief moment of hilarity amid the Louisiana flood devastation by dancing in the background of a reporter's live broadcast.

Footage shows the little boy throwing down some serious dance moves while a WMC Action News 5 journalist updates everyone on the latest flood news from Baton Rouge.

As soon as the studio cuts to reporter Justin Jaggers, the kid is on screen -- he's ready. The dance floor didn't stand a chance.

We call this "The Tiger Bend."

The reporter says, "It is literally bumper-to-bumper traffic between here and there and..." yada yada yada -- no one is listening to what you're saying because we're all too mesmerized by the dancing kid behind you.

The dancing goes on for quite a while. Some would argue it went on too long, but I say it was just the right amount of time.

The kid photobombs, dabs, gets on his bright-green bike and leaves.

Dancing kid managed to make the world smile at a time of tragedy in Louisiana. For this, we all thank him.

Citations: Kid dancing behind TV reporter in Louisiana is the news you need today (Mashable)