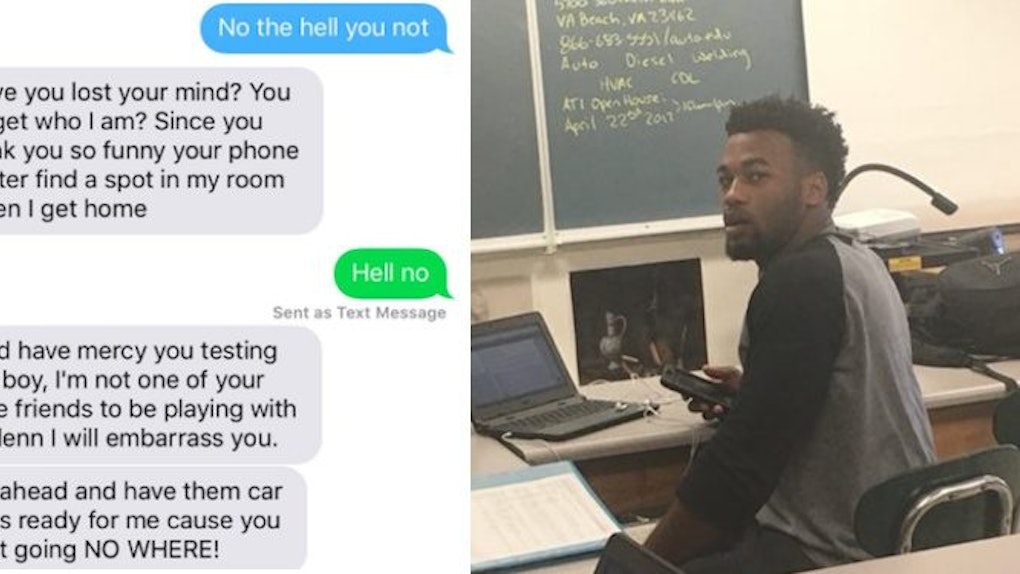 Kids Are Cursing At Their Parents In The New 'Hell Challenge'

Most challenges I see on the internet usually range from semi-dangerous to have-you-lost-your-damn-mind stupid.

So, in comparison, the "Hell Challenge" actually seems rather tame.

Yep, instead of choking on mouthfuls of cinnamon or dancing the Running Man, teens are now asking their parents if "hell" is a curse word.

They are finding ways to deliberately use the word in a conversation until they inevitably get their asses whooped — all for some social media likes.

Some parents are deeply offended by the Hell Challenge...

Others can call BS a mile away...

...and then there are parents you do not mess with — ever.

See that look at the end? No way Nikayla is alive right now.

Serious question: Why do so many of the parents use an even worse curse word after their kids says "hell"?!

Seriously, that escalated so fast.

I'm not sure this teacher had any clue what her student was talking about.

Possibly the most epic, multi-part tale of the Hell Challenge was that told by the amazing @YvngTrey...

Like all the others, it begins with a simple question.

...then the conflict begins to escalate.

He actually has no idea what his mom is capable of.

Hell, she IS about it.

"Hell you look scared for?"

Yep, that is almost definitely the face of a dead man.

Maybe I grew up with super-liberal parents, but I can't realistically see my ass getting thoroughly whooped just for saying the word "hell." Although, that could also be a reflection on the fact I was a problem child.

Perhaps my parents would have considered themselves lucky to punish me just for using a mild cuss word, rather than having to come pick up my too-drunk, puke-stained butt after sneaking out to a party.

Where were all these cool challenges when I was a kid?!

Citations: Teens Are Now Cussing Out Their Parents All Because Of The “Hell Challenge” (BuzzFeed)