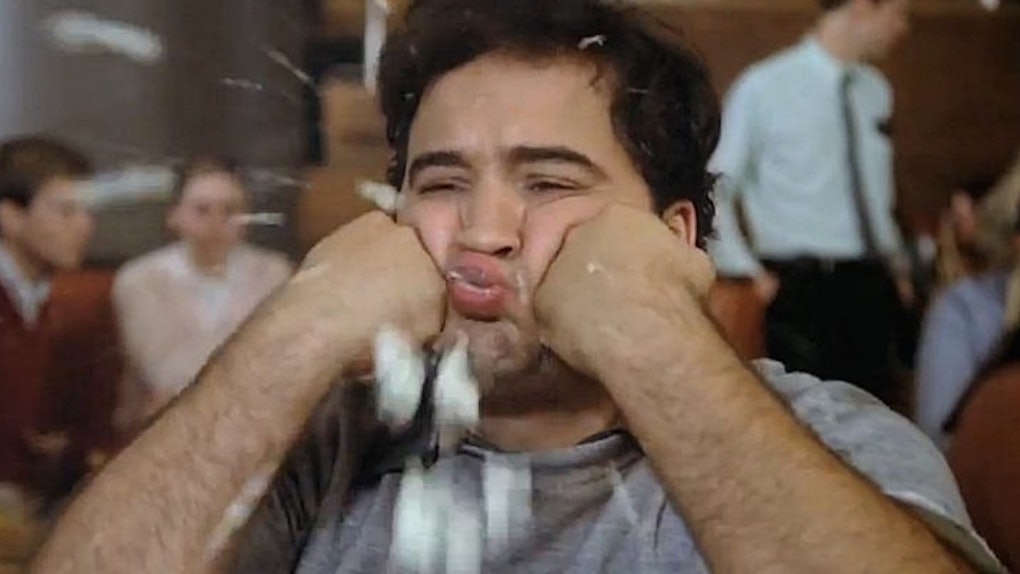 This dermatologist posts videos of her popping pimples, zits and blackheads while speaking in her relaxing bedside manner, and sometimes (specifically after the country nearly goes to war over an election) it's exactly what you need to distract yourself from modern life.

Dr. Pimple Popper has over 2 million followers, and she's earned every one.

Now, look, I like to think I can't be grossed out that easily, but the newest viral video from Dr. Pimple Popper struck me down.

In it we see a man get a cyst near his eye popped, and I don't think I'll ever be the same.

I pride myself on being able to not look away from stuff like this — and I've spent hours, hungover in bed on Saturday afternoons — just scrolling through Dr. Pimple Popper's Instagram, which is, for some reason, oddly soothing to me.

Maybe because it is, at its essence, about people seeking help and receiving it (shut up, Alec, stop waxing poetic about a video of a cyst exploding).

When I started watching this video, I felt like this.

When I finished watching this video, I felt like this.

If you're at work, take off a shoe, remove a sock, shove the sock into your throat so you make no sound, put sunglasses on (for retinal protection), make your window super small so you can barely see it — then press play.

Usually, I make little GIFs out of videos so you can get the idea quickly, but I think with this one I'm going to make you watch it from start to finish.

You may now proceed to apply hand sanitizer directly to your eyeballs.