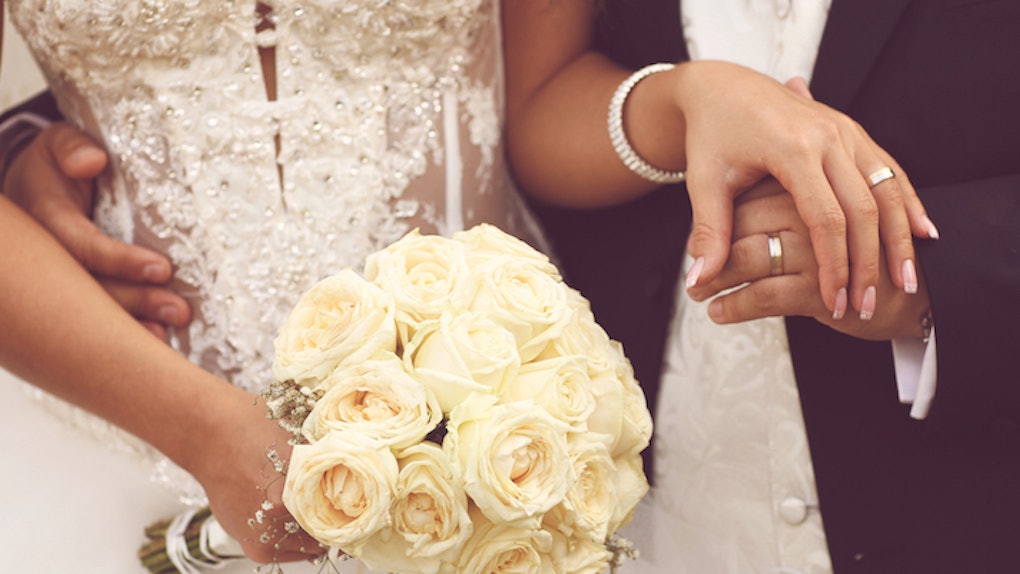 I have heard far too many horror stories about things going SO south leading up to the wedding day.

A cheating groom or cheating bride is typically involved, along with the sweet revenge that came of it.

For example, last month we reported a particular bride-to-be was set to have the time of her life at her bachelorette party in Mexico.

Seems like all things were moving in a v. gucci direction, right?

This bride ended up having a little too much fun during her bachelorette when she started making out with a total RANDO dude.

A good samaritan casually snapped this picture of the duo sucking face and posted it to Twitter, where it went viral. There was ALSO a video of the entire ordeal that made it to YouTube.

But THIS groom's revenge tale I'm talking about today seems too good to even be true.

Yet, it is… and it happened on the very day he tied the knot.

The way he handled his cheating bride is pure savagery, and also, PURE genius.

The groom apparently announced everyone was going to play a game. Little did anyone know, this was all part of his mastermind plan.

Here's how the game went down.

The groom told the wedding guests to turn over their plates to check if they had a dot underneath. All of the guests who had red dots were instructed to remain standing.

There were eight guys who had red dots on their plates, so they were left standing.

The groom then announced,

Ladies and gentleman, can you all please look at the eight gentlemen left standing?

They have slept with my wife since we've been engaged. I am now going for an annulment.