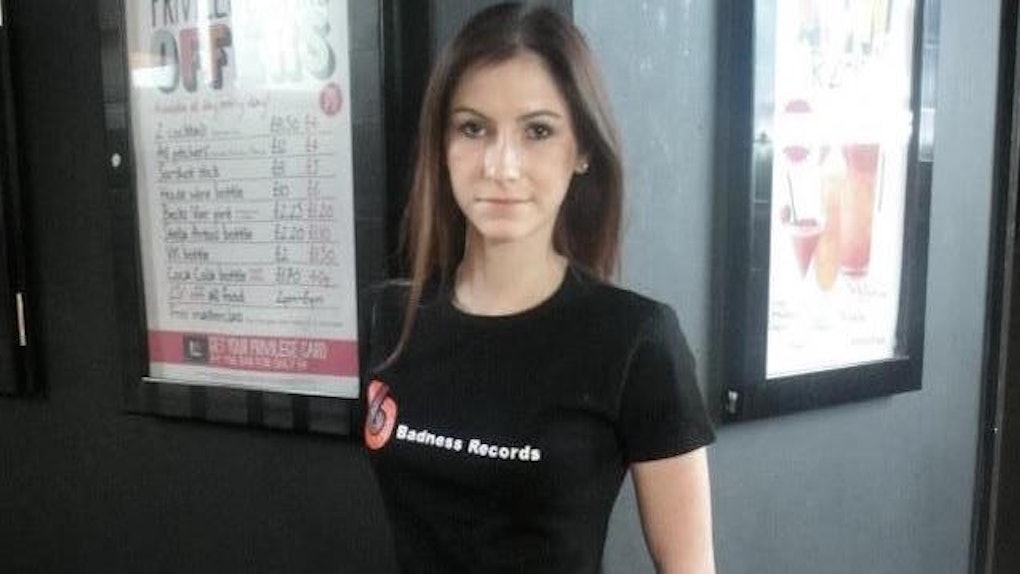 Every now and then, we come across a photograph on the internet that doubles as a seriously mind-bending optical illusion.

Remember when we showed you that hotel brochure that made everyone on the Internet stop and do a serious double take?

You know, the one that featured an illustration of a person reading, but it low-key looked like a man getting a blow job?

Or that time we confused the hell out of you by showing you a picture of an upside down bed that looked eerily similar to a woman in lingerie?

Well, it turns out that hotel ad isn't the only illusion arousing people's interest.

Now, people are getting all hot and bothered over a photograph that features a woman posing in a t-shirt, shorts and leopard-print high heels.

At first glance, everything in this photo appears to be pretty normal.

But if you take a closer look, you'll find  something very strange is going on between her legs.

The woman's thighs are casting a shadow that makes it look like there is actually a giant dong dangling between her legs.

Yep, talk about falling prey to the cruel consequences of bad lighting.

Now this cute girl's photo is going viral for its NSFW optical illusion.

Someone posted the unintentional dick pic on Imgur, where it has quickly racked up over 85,000 views and a long list of comments.

Some people were oblivious to the extra appendage looming between the woman's legs, and totally missed the mark when describing what was going on in this picture.

However, other Imgur users swooped in to save the day by pointing out this poor girl looks like she has an exceptionally long penis hanging out of her shorts.

Some people poked fun at the photograph, saying it was her penis -- not her leg -- that was casting the shadow.

Really, I think it's safe to say this woman is going to double check she's not casting any unwanted shadows before posting any pictures from now on.

Citations: Woman's seemingly innocent snap goes viral when people spot the VERY crude optical illusion lurking in the photo (so did you see it?) (Daily Mail)