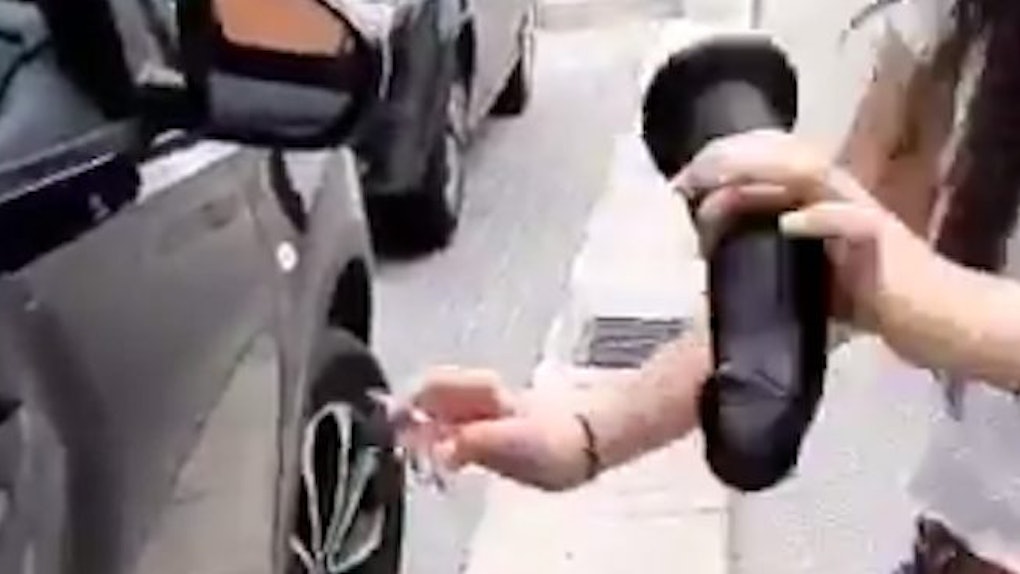 A new video circulating the internet is proving that if your vehicle needs fixing, skip the shop and opt for purchasing a fake dong instead (just make sure it has a suction cup on the end).

In the footage that originated on Twitter, user @_ITGay is seen looking at a rather massive dent to what we assume to be her black car.

After attaching the suctioned end to the huge dent, a few twists and turns and... magic.

Oh, and she did it all in 16 seconds. Guys are premature ejaculating around the world in the same amount of time that this girl is restoring an automobile to its rightful state.

Apparently, this girl isn't the first person to utilize a dildo's suction cup capabilities when it comes to reversing minor automobile damage.

A video from 2016 shows a French woman using the same tactic (albeit, not in 16 seconds) that proves to be just as effective.

All I know is that I just discovered my favorite new item for my toolbox.