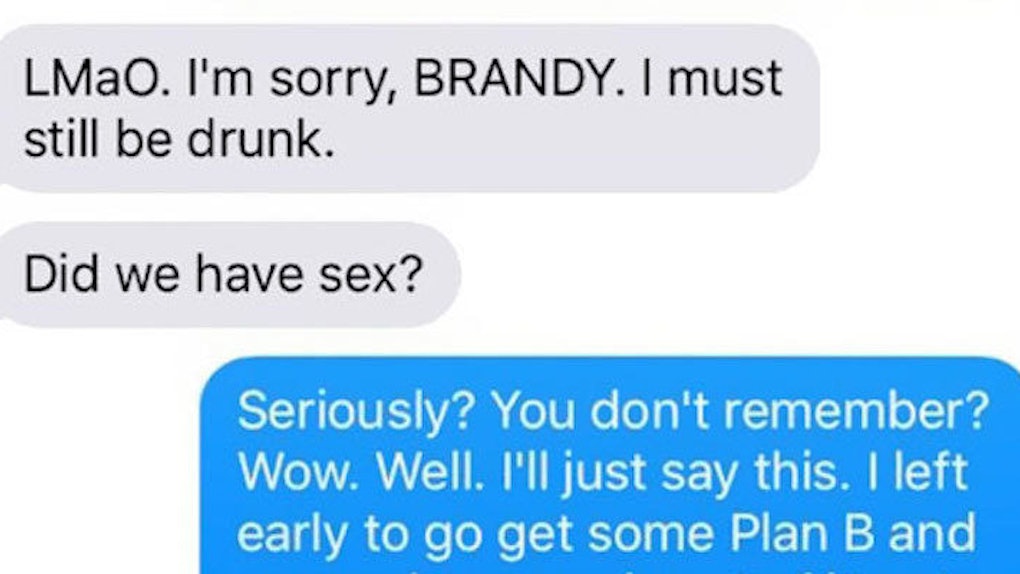 Guy Toys With Dudes Who've Been Given Fake Number

I'm not quite sure how to break this to you, guys, but if you met a cute girl called "Brandy" last night, chances are that number she gave you is a dud.

Yes. Some little heartbreaker has been going around town promising the world to men, only to crush their feelings and disregard them the morning after. HOW'S IT FEEL TO BE THE ONE USED?! Hurts, doesn't it?

Turns out, Brandy's been giving out the same fake number to countless guys — and the dude on the other end of the line is toying with "her" victims so bad you'd think they're actually working together.

Let's take a look at the wake of destruction and heartache Brandy's left in her path.

There was the guy who went full stage five clinger on the first message. What a noob. He kinda deserved what he got.

Then there was Mikey from BWW who fully expected to be hanging out with Brandy the following evening.

And who could forget about big Kev, who definitely regretted asking what she got up to after they met at Buffalo Wild Wings.

Finally, there was this guy who could hardly spell, let alone remember if they did the bedroom dance last night.

Nice work. All of them. Perfection. Hats off to you, Brandy (both of them).

We've seen this happen before. Earlier in the year, we heard about one girl who liked to give out a very specific fake number as well.

It belonged to 23-year-old Australian guy called Joey Royle, and he owned it.

In fact, he got so emotionally invested in playing the role of "Elsie," rumor has it he now wanders the streets of Oz dressed in a mini skirt chatting up bar randos and serenading them with a tiny banjo.

I made that up.