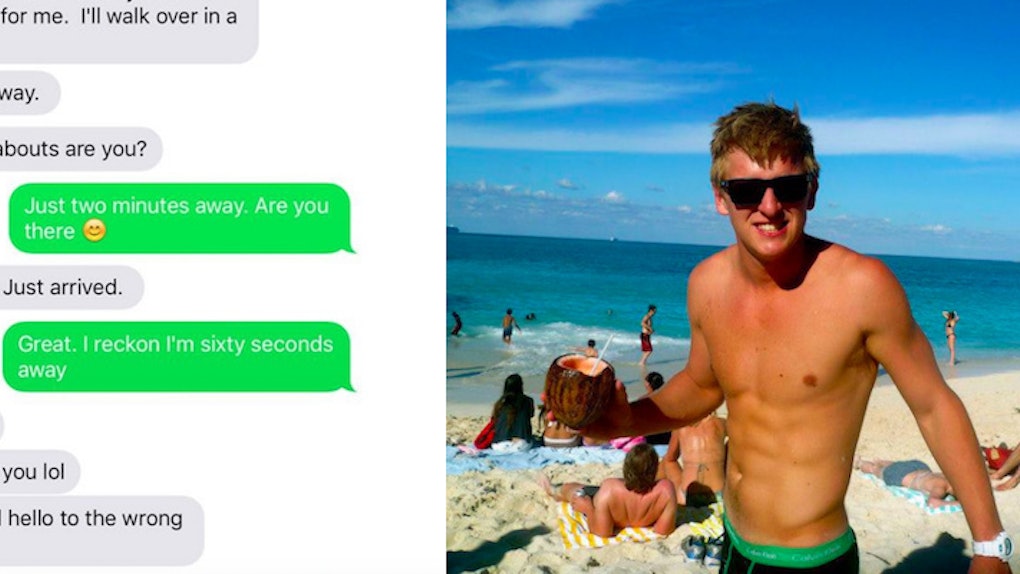 For some girls, giving out a fake number is a routine procedure. It's an easy and non-confrontational way of getting that annoying guy at the bar to leave you alone.

This was exactly what a girl named Elsie liked to do and she had a particular number that she liked to give out.

Unfortunately for one 23-year-old Australian guy called Joey Royle, this was his number.

After a few messages and plenty of "Sorry, wrong number!" responses, Joey decided to embrace this alter-ego that had been thrust upon him.

One man in particular was especially interested in getting to know "Elsie."

He was so persistent, in fact, Joey  managed to get this particularly thirsty man to go to an ice cream shop TWICE and introduce himself to a stranger he thought was Elsie, only to be stood up both times (obviously, because no one knows where Elsie actually is).

He was even told Elsie was dead, and continued to pursue her anyway.

The conversation reveals Elsie and this man had been discussing stealing some art, and now he was using it as a way of taking her on a date. Smooth.

Joey decided to play along, and have "Elsie" agree to go and get ice cream with the creepy man.

Things took a turn for the worse for the admirer, and you would think at this point he would have realized he should probably leave Elsie alone.

The guy feels pretty pathetic after he tried to call me, it goes to message bank and he discovers I'm a man called Joseph. But his self-pity is quickly quashed by his thirst and he goes straight back looking for the business.

But oh, no. He's back. And this time he used work as his pickup line.

And he stubbornly refuses to believe Elsie is dead.

Joey then sends the anonymous lover on another solo ice-cream trip, just for good measure.

And there you have it. If you're reading this Elsie, some guy has been sitting in Gelobar waiting to meet you.

If there's a lesson here, it must be this: Guys, don't harass girls to give you their numbers if they don't seem interested. They will probably not give you the right one, and it's far better to save your dignity and not end up going on imaginary dates.

And girls, maybe check that the number you're giving out doesn't belong to some joker who will organize dates for you without your knowledge.