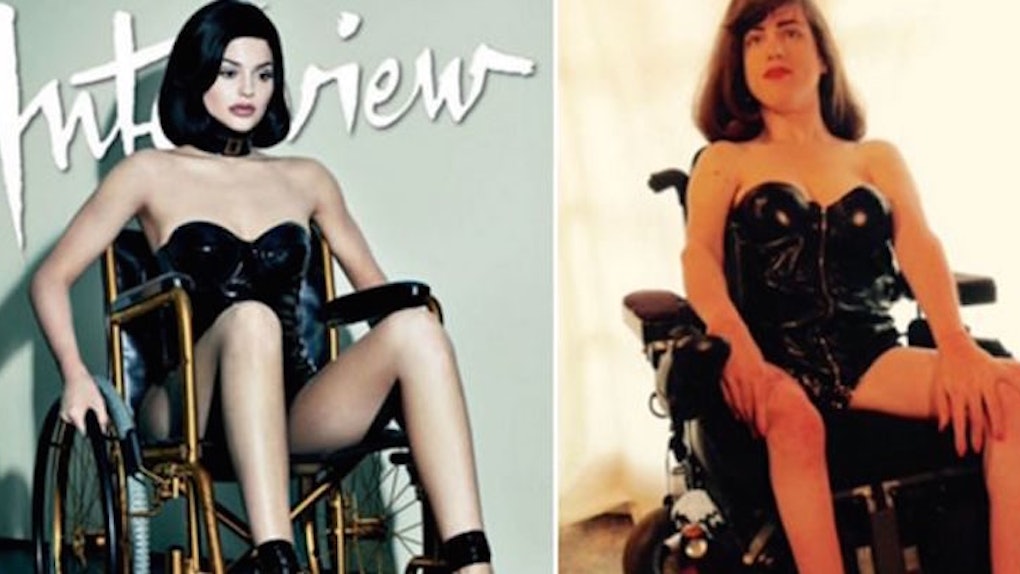 When it comes to the Kardashians, life happens in extremes.

For example, this morning, Kim Kardashian welcomed baby number two into the world, a beautiful tiny infant boy. That's, obviously, on the wonderful and amazing end of the spectrum.

And then on the other end is Kylie.

The youngest Jenner sister faced some serious backlash this week after her offensive wheelchair photo shoot for Interview magazine, and now, a disabled woman has come forward to recreate the shoot in an attempt to show the world what it really means to be disabled.

In a caption, she wrote,

I tried my best to create a more authentic version of Kylie Jenner's interview cover give that I'm, you know, actually disabled and a real life wheelchair user. I can barely get people to make eye contact with me, let alone land a cover shoot. If being in a wheelchair is trendy now, I've apparently been a trendsetter since before Kylie was born.

Erin's comment echoes those made by countless others on social media.

Others agree it's “disrespectful” and “problematic.”

Hopefully, all the controversy will force art directors and models to think twice before publishing anything so blatantly insensitive in the future.