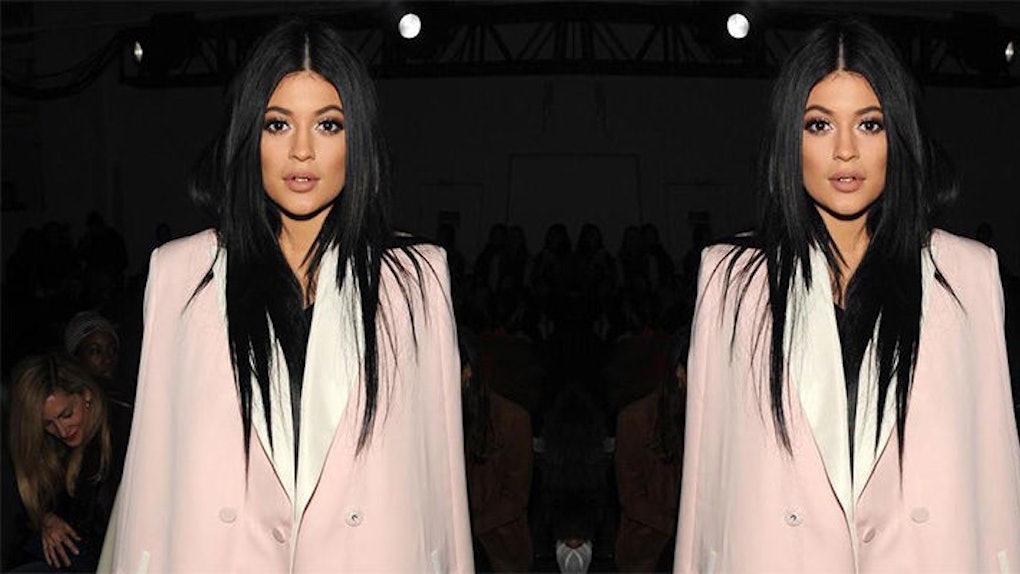 Kylie Jenner had a super casual, very low-key slice-of-life photo shoot that will probably destroy the Internet once and for all.

Yes, she is a major pop culture icon, but at the end of the day, she's still just a person.

If you take away all the glitz and glam and being technically related to Kanye West, you'll really see Kylie and most people have a ton more in common than you realize.

She put it best during a recent interview with Interview. She said,

This was the theme of the magazine's photo shoot with Kylie. It wanted to capture her just being herself in regular and super casual situations that we've all been in and, as far as I can see, it succeeded.

We've all ridden a businessman while wearing a gold corset.

We've all stood on a box while wearing a leather long-sleeve swimming suit and heels.

We've all pretended to be a paraplegic with high heels in Midas' wheelchair wearing just the buckle and strap part of the Quaker Oat guy's hat as a choker.

We've all had to pretend we were in an invisible glass box while playing duo-charades with Clark Kent as our partner.

We've all had to serve red champagne at a party where the dress code was "leather with no butt piece" casual.

Citations: Kylie Jenner continues her mission to break the internet as she displays her pert posterior in most daring shoot to date (Daily Mail)