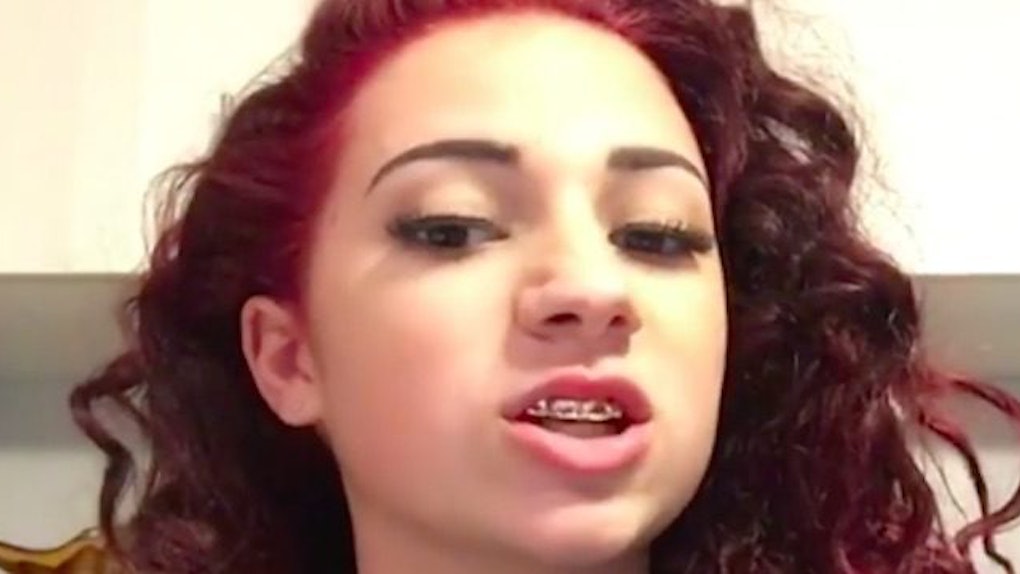 If you're like most of America, you've probably joined the petition to add "Howbowdah" as an official word in the Merriam-Webster dictionary by now.

Back in September, Danielle Bregoli forever changed the way we get into altercations by saying, "Cash me outside, how bow dah?" on national television.

This "problem child" dropped her infamous phrase during an appearance on “Dr. Phil," where she bragged about fighting, stealing cars and being a 13-year-old thug.

Then she proceeded to threaten the "laughing hoes" (aka the audience members) with a phrase that roughly translated into English as "Catch me outside. How about that?"

Bregoli's "cash phrase" was pure internet gold, so it didn't take long for people to turn the "Cash Me Outside" girl into all sorts of hilarious memes.

Not to mention, its been turned into one seriously dope "Napoleon Dynamite" remix.

If you've been longing to hear more of her bizarre phrases, I have some good news for you.

It turns out you can cash Danielle Bregoli on Instagram, how bow dah?

That's right. We recently stumbled across the "Cash Me Outside" girl on social media and her dank Instagram account might be even more savage than all those Dr. Phil memes.

Bregoli, who goes by the username "bhadbhabie" on Instagram, fills her feed with a variety of selfies and videos that prove this 13-year-old thug is, without a doubt, the baddest bitch in junior high.

The "Cash Me Outside" girl talks about her most recent fights, like the one where she punched a woman in the face and got banned from Spirit Airlines, for example.

Record herself in the mirror as she shows off some rapping skills that are straight fire...

And flash some grillz every now and then that are fleek AF.

Plus, Bregoli likes to keep her pimp hand strong by uploading videos that remind the world we can cash her outside, how bow dah?

Citations: Cash Me Outside Girl Twerks While on Instagram Live While Mother Watches (Dude Comedy)