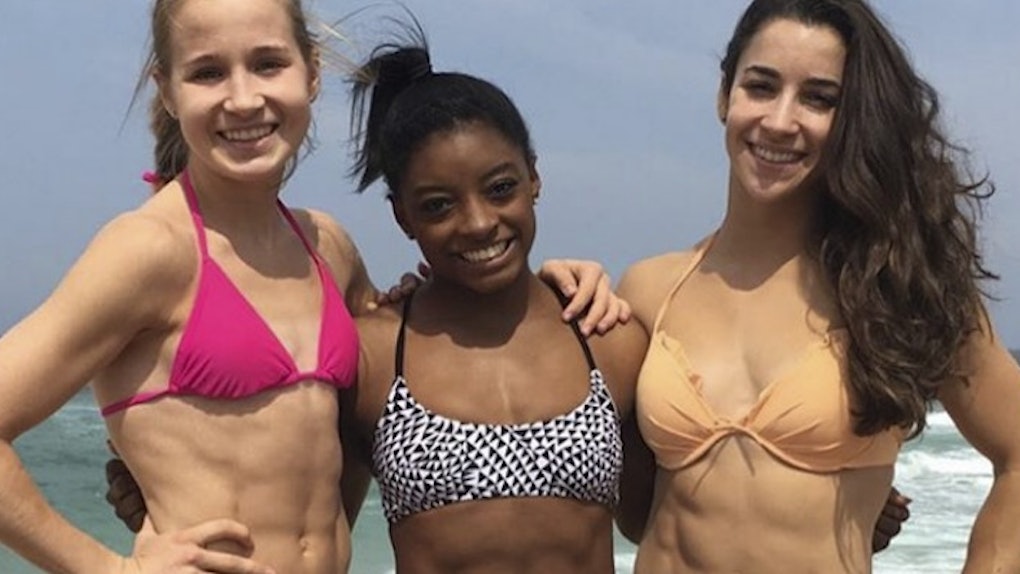 If you're an Olympic gymnast — like gold medalist Simone Biles — we can assume you have insane muscles.

I mean, just check out this picture the four-time gold medal winner posted on Saturday. Biles and teammates Aly Raisman and Madison Kocian look incredible, but that's beside the point. Their bodies have to be strong to do what they do.

Most people on Twitter were super impressed with their rock hard abs. Come on, most people will never look like that. Their bodies are just another symbol for all that they have achieved at such a young age. They should be proud.

y'all find this attractive? lmaaoo

The tweet has been deleted, but you can see it below.

They're the best gymnasts in the world. I promise you, they didn't get those abs to impress your dusty ass.

This isn't the first time someone tried to body-shame an Olympic athlete.

During the games in Rio, Mexican gymnast Alexa Moreno, 22, was trolled by people on Twitter who obviously have nothing better to do than sit on their asses and criticize the best athletes in the world. Twitter was quick to clap back at those haters, too.

Other users jumped in to put this body-shaming troll in his place:

You tell 'em, Twitter! People need to stop body-shaming Olympic athletes. We have no time for that BS.

Citations: Woman has no time for guy trying to body shame US Olympic gymnasts (Metro UK)