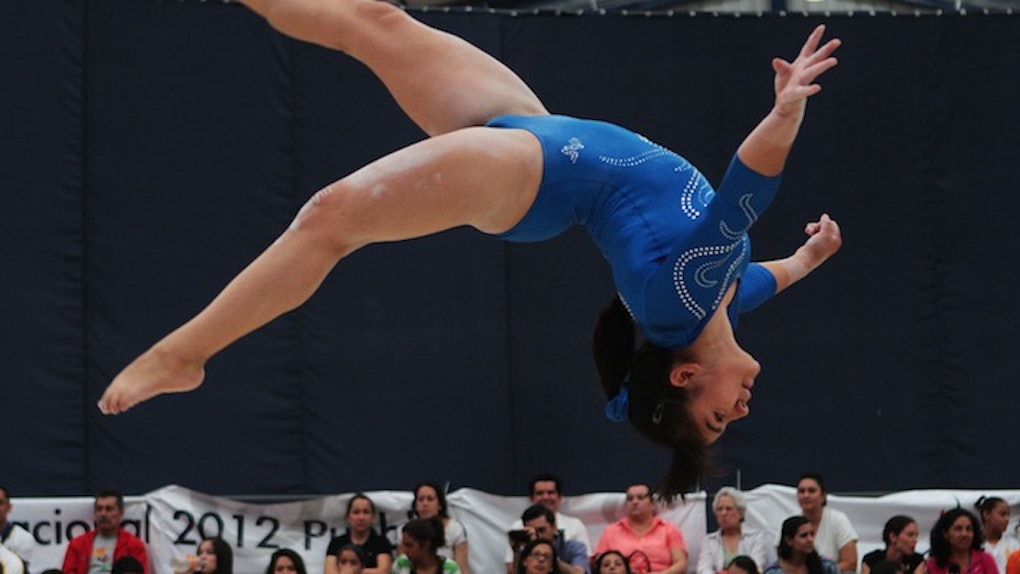 Seriously, body shamers? I mean, what have you even done in your own lives?

Athletes in Rio are currently making history, competing in events they've worked their entire lives for, and meanwhile, you're sitting on your ass commenting on how they look, as if it even matters.

Mexican gymnast Alexa Moreno, 22, received a handful of body-shaming comments on Twitter after competing at the artistic gymnastics qualifications in the floor exercise, uneven bars, beam and vault disciplines.

She came in 31st, which is pretty great considering gymnastics isn't as prominent of a sport in Mexico. In 2014, Moreno came in seventh at the vault final world championship.

After her performance, people had surprisingly nasty things to say about this strong and successful Olympic athlete on Twitter.

Most of these negative tweets have been deleted.

'My dream is to win one of those hot dog eating contests.' –Alexa Moreno.

I won't be able to make fun of Alexa Moreno because her smartphone is a Casio calculator with no social media.

What the hell, people?

Alexa Moreno, another example of pseudo athletes sent by the CONADE [Mexico's National Commission for Physical Culture and Sport] just to fill the quota.

Luckily, messages of positivity dominated the haters shortly after.

People also called out the haters for being the worst.

Thank you, Twitter, for coming to the rescue and hastily shutting down people who don't know what the fuck they're talking about.

It just goes to show that if you have anything mean to say and don't keep it to yourself, Twitter will come for you.