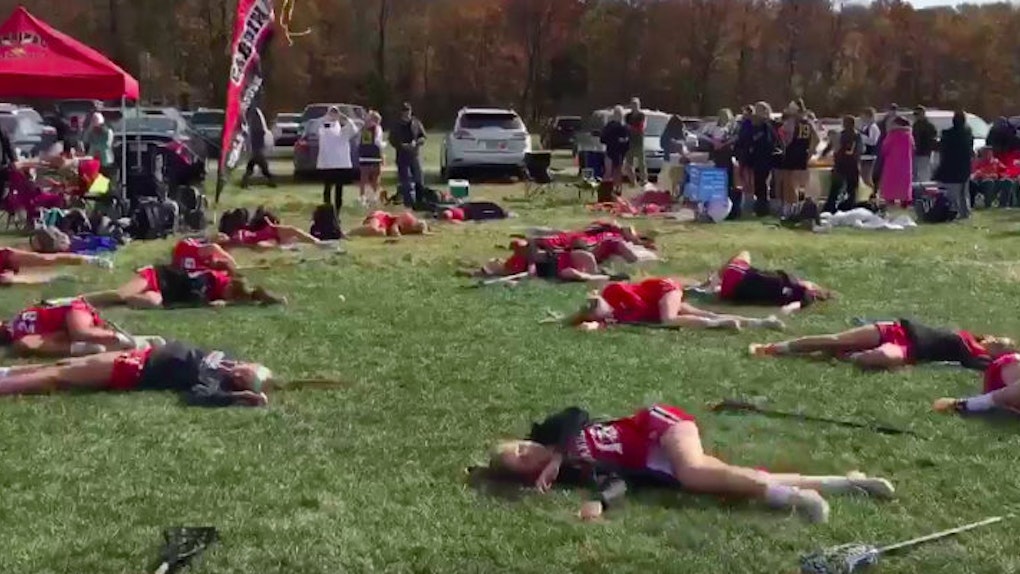 If there's one saving grace of me graduating high school way back in 2007, it's the fact that picture phones were just becoming a thing.

I live in fear of becoming a meme. Had my awkward pictures and videos in high school been highly shared, I'm sure I would have become one.

But it also means I missed out on things like this...

Oh, to be young again. My body was spritely, sturdy. I could crumble to the floor whenever anyone would shout, "Andy's coming!"

But now? These old brittle bones would surely snap.

Just a few days after the less than impressive Mannequin Challenge took off, teens thought to themselves, "Hmm, we see the appeal, but... no one is getting hurt. How do we fix this?"

In the film, toys come to life. But once a human is around, they have to act like toys again.

So, in this challenge, someone shouts, "Andy's coming!" and everyone else will reacts as if they're a lifeless toy and drops to the ground.

This person tweeted "but wait who's Andy tho?" Oh, youths.

I assume toys did this in "Toy Story" because if humans realized they were animated they would be swiftly burned.

Well, at least people would stop changing their clothes in front of their perverted, beady eyes.

So, my high schoolers, you don't have bones of glass. You can take life's knocks. If you let this chance to perform #AndysComing while it's still popular pass you by, your heart will become as dry and brittle as my skeleton.

Citations: #AndysComing will make you forget all about the Mannequin Challenge (Mashable)