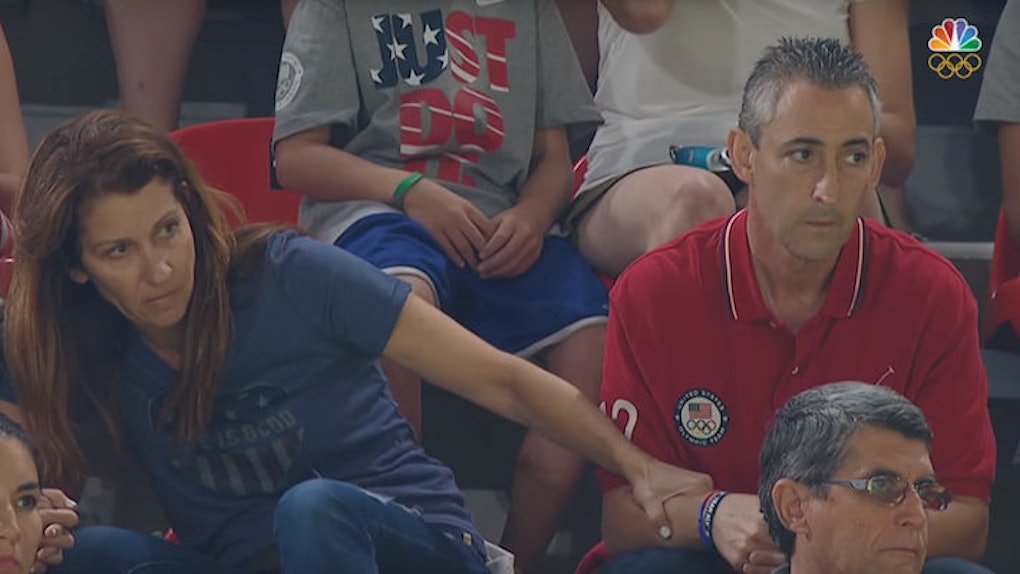 In Rio, Aly Raisman captured the hearts and minds of Americans who, as is custom, become VERY into gymnastics every four years and then forget about it.

She won gold in the team all-round and silver in both the floor exercise and individual all-round, behind, of course, Simone Biles.

But, national attention didn't stop at the athletes this time around. Aly Raisman's parents were thrust into the spotlight after of videos of their hilarious anxiety-ridden reactions to watching their daughter perform went viral.

You can see the stress of the competitions is extremely severe, and of course it is. Imagine your daughter flying through the air, risking horrible injury, while everyone in the world watches her attempt to fulfill her dreams.

My parents definitely deserve a vacation.

When asked what she thought about the attention her parents were getting for the videos of them watching her perform, Aly said,

Someone also made a GoFundMe campaign to treat her parents to a day at a spa to chill out, to which Aly, who just got an endorsement deal with Aéropostale jeans, responded,

[That's] so nice, but I'll definitely take care of that.

Despite the fact that it's pretty weird to have your parents go viral for hilarious body language, Aly Raisman posted this Instagram a week ago, where she thanks her family for the support they've given her and acknowledges how stressful it's been for everyone involved.

Is now an okay time to say I feel bad for putting them through so much stress?

To that, I'd say I'm PRETTY sure they think it was worth it.